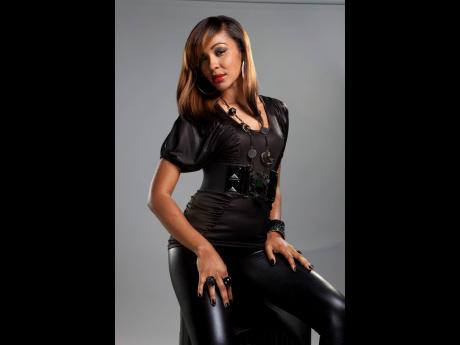 Having seen one of her songs rack up a million views on YouTube on Monday, dancehall artiste D'Angel says she will be hitting that mark again and again.

No Worries, which is a collaborative effort with Spice, followed Badmind Buk to the one-million-view mark.

"This is a blessing and just goes to show the power of good music. This is not the first, and it won't be the last, because I'm a work in progress," she said.

Hitting the one-million mark is a feat that is accomplished by only a few dancehall artistes. Revelling in this fact, the Stronger singer took to Instagram to thank her loyal following and bask in her success. But some social media users argued that No Worries hit the million mark because Spice was part of the project.

"Sweetie, Spice fans gave you those views. Don't be ungrateful," one user said.

But D'Angel sought to ignore that type of chatter.

"I have no comment on the negativity. No Worries has changed a lot of people's lives and it gave them something to hold on to in times when they felt like giving up, and that's what I'm celebrating. This is good music that has longevity for all ages and makes an impact in people's lives," D'Angel added.