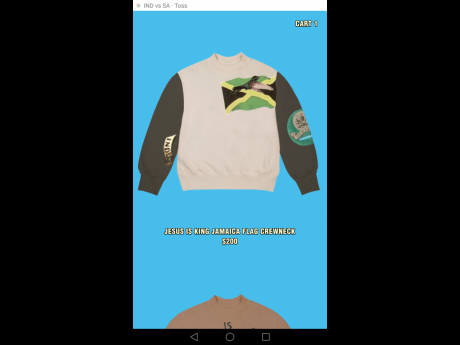 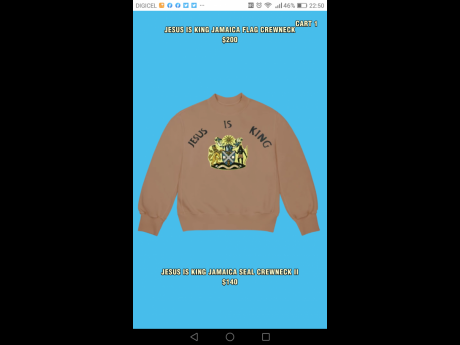 Kanye West has been ordered to remove the Jamaica-branded merchandise from his website. The items went on sale after West held his Sunday Service in Jamaica on Friday night.

Shirts with Jamaican emblem were being sold for up to US$200 each while Jamaica Sunday Service caps were listed for $60. The wears have the images of the Hummingbird, the city of Kingston logo, the Jamaican flag and the coat of arms.

Apparently shocked by the development, Jamaica's culture and entertainment minister, Olivia 'Babsy' Grange, demanded that the items with the national symbols be removed.

"I noticed Kanye West and members of his choir wearing similarly emblazoned items during their special performance in Kingston last night, but I was not aware at the time that the costumes were being sold online. We neither received a request for nor did we give permission for our national symbols and emblems to be used for a commercial manner or otherwise," Grange said in a statement.

"I have since requested that the items be withdrawn and the vendor has agreed to do so," Grange said in the statement that was issues just after 6 p.m. on Saturday. However, at 10:30 Saturday night, the Jamaica-branded clothing were still being sold by Kanye West's online stores.