As patrons, cops clash at illegal parties - Entertainment Advisory Board pleads for persons to follow the rules 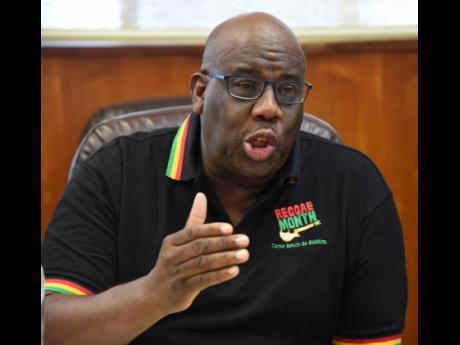 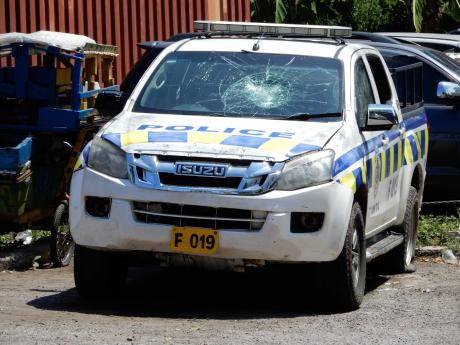 The police vehicle that was damaged by defiant partygoers in Parry Town, St Ann last Saturday.
1
2

Amid reports of illegal parties being staged in defiance of curfew orders and COVID-19 protocols, chairman of the Entertainment Advisory Board (EAB), Howard McIntosh, is making a special appeal to all members of the entertainment and creative and cultural industries to adhere to the guidelines established by the Government.

McIntosh, while commending front-line workers for their "tremendous service to the country", had stern words for the non-compliant.

"We are very concerned with persons who are putting on events in contravention of guidelines, protocols, and the law. We are not in support of these persons and use this opportunity to once again call on all Jamaicans to observe the guidelines and protocols as stipulated under the Disaster Risk Management Act. Those not complying should face the full weight of the law. We implore all Jamaicans to adhere to the Government guidelines and adhere to all the protocols," he told THE STAR during an interview.

The police reported that on September 24, about 11 p.m., members of the Jamaica Constabulary Force came under attack in the Seaview Gardens community in St Andrew from patrons attending a party. They hurled stones and missiles, injuring some of the lawmen, who had been alerted to the illegal event and went to shut it down.

More than 200 people were reportedly at the party that is said to have started at 9 p.m., one hour after the start of the nightly curfew imposed by the Government to help curb the spread of COVID-19. Ten persons, including the promoter of the party, were arrested and charged for breaches of the Noise Abatement Act and the Disaster Risk Management Act.

A similar incident occurred on Saturday in Parry Town, St Ann, the windscreen and other windows of a police service vehicle were damaged, and a tyre was also slashed. One person, said to be the promoter of the event, was arrested.

Two employees were also arrested and charged for breaches of the curfew order. McKenzie said that during the period of the closure, 4/20 Hookah Lounge, "will be required to obtain the necessary permits, including certification from the Jamaica Fire Brigade, to support their operations".

McKenzie sent a warning to other similar operations. "We have further learnt that there are nightclubs operating under the guise of restaurants and lounges where the prescribed guidelines are being flouted. The names of these entities have been forwarded to the Jamaica Constabulary Force for further investigation," he said.

An islandwide curfew, under the Disaster Risk Management Act, forbids movement beyond 8 p.m., and parties are also banned. A gathering limit of 15 persons is also in effect.

McIntosh added a plea on behalf of the industry, which has taken a severe hit from the virus and subsequent restrictions that have come into play. "We do restate the appeal for the Government to continue to consider balancing livelihoods with lives. At this juncture, the industry is not earning, and many Jamaicans and Jamaican families are suffering. We only ask that the Government, in their considerations, duly consider the $200 billion creative economy participants in its deliberations. We continue to pray for our country," he said.