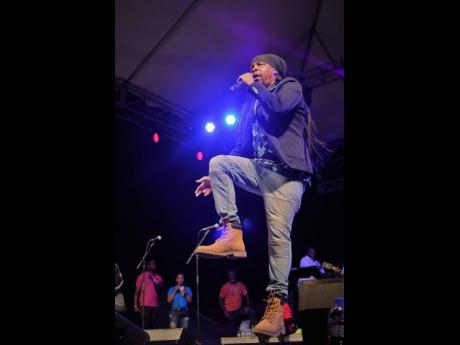 Turbulence is known for hits such as ‘Notorious’, ‘X Girlfriend’, ‘Natty Pon Her Frontline’ and ‘We Got the Love’. 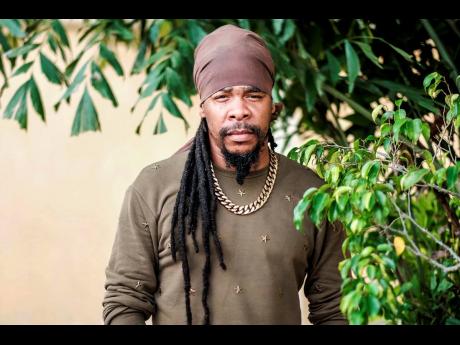 Reggae singer Turbulence embraces the philosophy 'any day above ground is a blessing', and he has crafted lyrics that speak to this in his latest song, Celebration of Life.

"People tek life for granted and it really shouldn't be so. This song celebrates the blessings of life and giving thanks for all the positivity that is present. Sometimes it's not about what people want to hear, it is about what they need to hear," Turbulence told THE WEEKEND STAR.

The singer says he is upbeat about 2021, which he says will see him releasing a new album, The Remedy. This project, he said, will drop on June 11 on Ineffable Records. Celebration of Life, produced by the France-based Never Stop Productions, is the second single off the album, with the first being Defenders, a collaboration with Anthony B.

"This album is well thought out. We took a year and a half to put it together. We had a listening party and played a minute of each song, and so when choosing the final 14 from 37 songs, we used that feedback as our guide," Turbulence stated. The Remedy will mark album number 53 for him.

The singer, who has had hits such as Notorious, which landed him firmly on the international scene, X Girlfriend, Natty Pon Her Frontline, We Got the Love and numerous others, explained that when he first came into the music business, he was so happy to sing that he went around every studio and sing "a whole heap of songs".

When he got his big 'buss', all the producers who had songs with him hastened to release albums in order to capitalise on his ascendancy.

"I was signed to Fattis [Burrell] at the time, and so we went and registered with ASCAP (American Society of Composers, Authors and Publishers) and the major publishers, and that's when we realised that there were so many albums out there. But I am receiving my royalties," he assured.

Turbulence said that although it may appear as if he has been off the scene, he has been doing what needs to be done, which includes writing, recording and working with various producers.

"There are a lot of talented artistes around and everybody can't be on top at the same time, but I have been putting in the work. That can't stop. When the pandemic hit last year, I was just coming off a European and African tour, and since then I have been using the time to complete some studio work," Turbulence said.

Known for his militant stand on certain issues, even for heaping fire on his own brethren who he deems out of line, Turbulence says that lyrically, The Remedy is a departure from that.

"I will always be the warrior and have that zeal, but in this awful time, what we need above all else is love and unity, because that is the only remedy," he said.