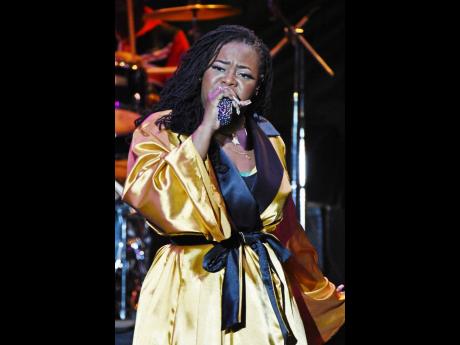 Stacious is the winner of the 2021 Festival Song Competition. 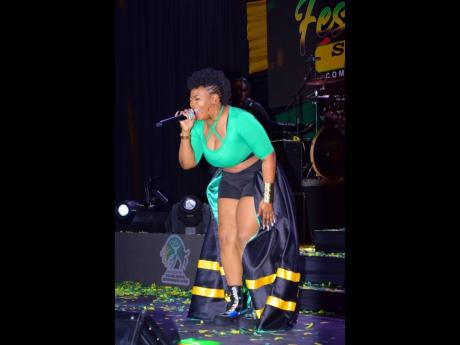 Stacious in performance at the Festival Song competition final. 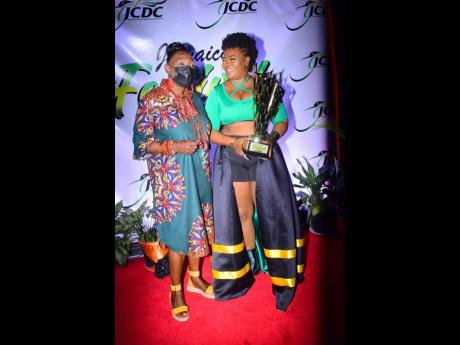 Stacious (right) with Culture Minister Olivia Grange after being named the winner.
1
2
3

For the fourth time in its 55-year history, a woman was declared the winner of the Festival Song Competition.

Dancehall artiste Stacious, who entered with a song titled Jamaican Spirit, walked away with the trophy and a cash prize of $3 million on Thursday night.

"I am elated! This is one for the history books. I don't get lost for words easily but I am speechless. I am literally trembling," Stacious told THE WEEKEND STAR. One of the competition's favourites, DB, with his song Love Jamaica My Land placed second. Third place went to Tamo J whose song is titled Real Talk.

This year's competition had 12 finalists instead of the usual 10 and Culture Minister Olivia Grange, in congratulating all the contestants, explained the reason for this.

"We added an extra two finalists because this year is special, it's the 55th. Tonight we had a great show with lots of diversity. Stacious is a woman, she a dancehall artiste, she is from the grassroots and the people voted for her. This year and last year the first to third place winners were decided exclusively by votes, and this also included votes from persons from the diaspora as well. Congratulations to all the performers, the winners and to the production team for a wonderful show, " Grange said.

This year, a special prize of Best Performer was introduced and this was won by DB. The results show kicked off with a performance from Dwight Richards who had the National Indoor Sports Centre rocking with Cherry Oh Baby and Land of my Birth, followed by 'Mr Festival' himself, an age-defying Roy Rayon. He brought the heat with favourites of yesteryear like Love Fever and Give Thanks and Praises which sounded as fresh as they did when they won the competition years ago.