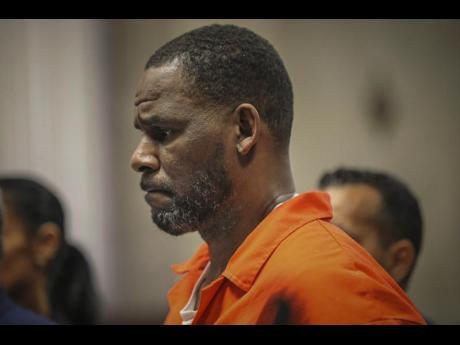 In this Sept. 17, 2019, file photo, R. Kelly appears during a hearing at the Leighton Criminal Courthouse in Chicago. (Antonio Perez/Chicago Tribune via AP, Pool, File)

CHICAGO (AP) — A federal judge on Wednesday ordered R&B superstar R. Kelly to stand trial in Chicago on child pornography and obstruction of justice charges next year, after the scheduled sentencing for his conviction in an earlier sex trafficking trial in New York.

U.S. District Judge Harry Leinenweber appeared to have wanted the trial in Chicago to begin earlier, but he set it for Aug. 1 after one of Kelly’s attorneys, Steven Greenberg, said that he another of Kelly’s attorneys will be in trial on other cases through July.

Attorneys told the judge during the brief hearing that they estimated the trial of Kelly and co-defendants Derrell McDavid and Milton “June” Brown would last three to four weeks.

Kelly, who remains jailed in New York, was listening to the hearing on a conference call but he did not speak.

His sentencing there is scheduled for May 4 and he faces up to life in prison.

Experts have said there is a possibility that prosecutors could drop the charges in state court if he receives a lengthy prison sentence in New York.

But there is virtually no chance that the federal charges in Chicago will be dropped.

Kelly, who has been jailed without bail since 2019, was convicted last month by a federal jury in New York on racketeering conspiracy charges and other counts.

Greenberg said on Wednesday that after the trial, Kelly was placed on suicide watch but that has ended.