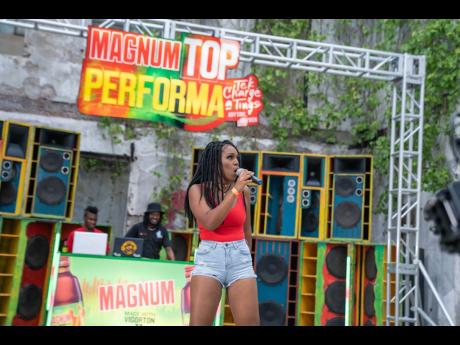 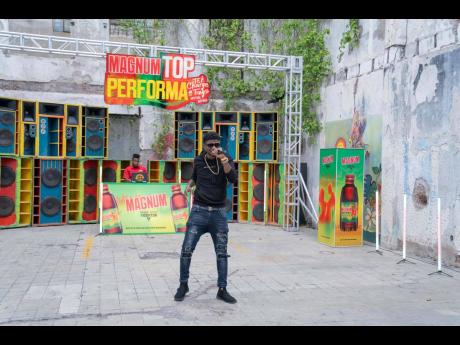 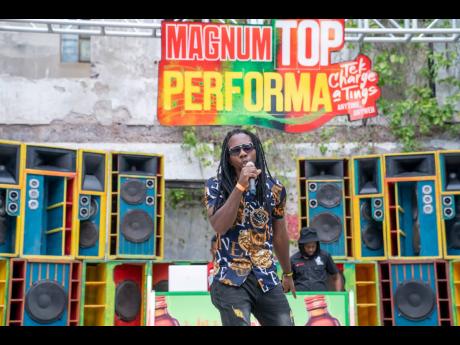 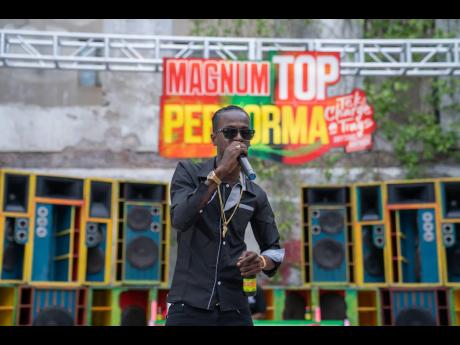 Deana-Can, the only female in round one of Top Performa, says she has her own unique style of doing things.

"Well, everybody have dem own thing and me have mine," Deana-Can said Thursday after competing in round one of the competition.

Top Performa is a lyrical faceoff style competition spearheaded by Magnum and endorsed by Romeich Major. The competition aims to give 16 emerging artistes a platform to showcase their lyrical talents.

Major, who was excited about the first round, said things started on the right path.

"The talent is there, the passion is there, and the entertainment value is definitely there. It's just for the public to give these trying yutes their attention by tuning in every Thursday and voting for their winner. No matter what happens, all finalists, win lose, or draw are winners," said Major.

The emerging artistes are competing for a grand prize of $1 million and a music video and song produced by Major.

The second-place winner will receive $300,000 and a feature on a compilation rhythm from Major, while the semi-final runners-up will receive $100,000 each.

G Vybz, another of the round one contestants, said that his focus is on the crown rather than on the other competitors.

"I don't really think about them, I have no thoughts about them, I don't even know them personally... I'm just focusing on my journey... G Vybz," he said.

TY Talented is not counting out himself. "I think all of us are here to do the same mission so all I have to do is just stay focused and aim for the goal," he mentioned.

However, Tatik thinks that he is best suited to be crowned Top Performa.

"Some a dem good yes. But I think I'm the best thing right there and right now with my talent," Tatik said.