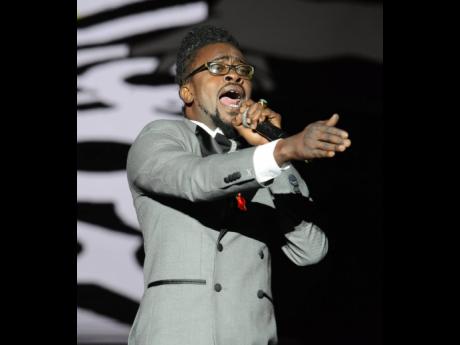 Speculation has been growing over the delay of Beenie Man's much anticipated album Simma, which was last expected to be released in August 2021 on his 47th birthday but was pushed back owing to "personal challenges".

The reason for the delay, however, is simple -- Beenie Man is waiting on the best deal.

"Labels a fight fi the album. We in a label battle right now so we need fi just choose which label we a work with and move from there," the Sim Simma artiste told THE WEEKEND STAR.

"The album is complete. Everything is finished, and fans will definitely get it this year," the Dancehall King assured.

Simma is Beenie Man's first album since Unstoppable, which was released in 2016. It includes features from Sean Paul, Bounty Killer, Shaggy, Popcaan, Busy Signal, HoodCelebrityy, Anthony Red Rose and Giggs. The lead single, Fun in the Sun, which features Popcaan and Dre Island was released last year March, along with an accompanying music video. Beenie Man noted that the song was dedicated to his mother, Lilieth Sewell, who passed away in September 2020.

Beenie Man, a three-time Grammy nominee, won the award in 2001 for his critically acclaimed album, Art and Life. He has in the past collaborated with Janet Jackson and Mya to Wyclef Jean and The Neptunes, and is one of the artistes featured on Shenseea's just released debut album, Alpha. The collab, titled Henkel Glue, is produced by Chimney Records, and has been receiving rave reviews.

"The song is great. From the night the song was recorded it was great because the beat is wicked, so the beat start push me to that level. So when the artistes came into the studio she start listen to what me a seh and then she start write and then we start. We were at Big Yard and the song was produced by Chimney Records. It was a lovely night ... the night was a vibes and the song vibes...like seriously," The Girls Dem Sugar singer shared.