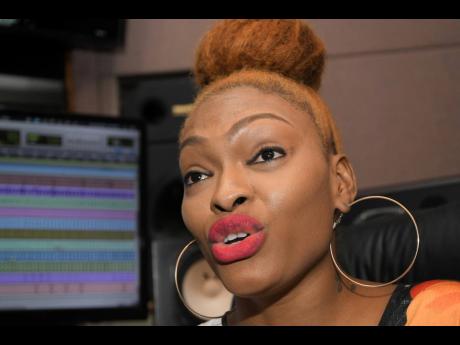 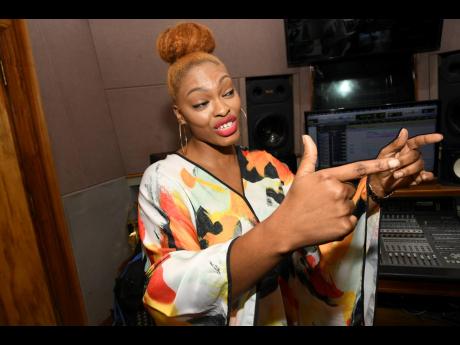 Having taken a nearly two-year hiatus, singer Mitsy Campbell, better known as Shuga, is back with a bang. She has returned with social commentary and is exploring themes of hardship, poverty and self-reliance.

A new song titled Dear Mr Government was released last month on the Penthouse label, and the music video is due today.

"This song is very topical and reflects the sentiments of the people, especially those in the ghetto. People are crying out in pain, and there are still issues affecting us, such as having a wrong address preventing brilliant young people from furthering themselves. As an artiste, I have the creative licence to encourage conversation with the idea of implementing change," Shuga told THE WEEKEND STAR.

Dear Mr Government is a lament in which Shuga infuses her compelling vocals to make a loud statement.

"I have a platform and I must use it in a responsible way," she said.

The singer, who claimed first place in the historic 2009 Digicel Rising Stars series which saw the battle for first place down to two women, subsequently went on to record and tour extensively for a number of years. In 2020, she took time out to refocus.

"I was in everybody's living room every Sunday night and, after that, it seemed like I was always on stage. I realised after a while that I was losing Mitsy. I am from the country, so I went home to Mummy and Daddy to soak up some of the real love. I feel re-energised and now I am ready again," Shuga shared.

"And I am also a new mom," she added proudly. "This little baby ... the love I have for him gives me a drive. I am the first person my children are going to emulate and I want them to see the best of me."

Clearly enjoying motherhood and being back at work, she posts pictures on social media of herself in studio with her son in a carryall, and even breastfeeding while getting her make-up done. Shuga is anticipating touring again, now that the world is opening up and she is putting in the work to ensure that her performances are memorable.

"I am in studio at Penthouse Records working on my very first album, but the real focus right now is the singles. Now that the lockdown is over I am eager to hit the road. The truth is that the online performances don't give you that energy,.There is no real communication between you and the audience and that is an important part of the interaction," she explained.

Quizzed about the shows she has lined up, she answered honestly, "Mi nuh have not a show yet, but that will come."