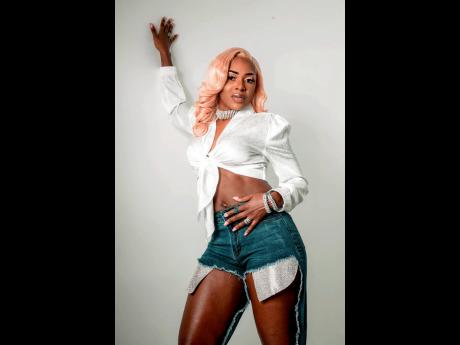 When Tameka Martin stepped on to the music scene in 2019, she stepped out with poise and passion, attributes that are bringing her much success today.

The dancehall fusion artiste, who goes by the moniker Roxxy, created waves with her single titled Never Leave, a Latin-infused dancehall track that made an impact in Spanish-speaking countries and across the Caribbean. With the traction she received from the single, the entertainer decided to drop the single Move, an anthem for her female audiences. The single primarily makes reference to men who refuse to work while praising women who are willing to work hard to avoid toxic relationships associated with dating such men.

Roxxy said: "One of my main goals when I decided to take music seriously was to break ground in Jamaica. I have been on a few promotional tours to the island and after my most recent visit, I can definitely say I have won the hearts of many. Being that I have a niche for theatrical arts, my performances count for a part of that success as well. The journey hasn't been easy but I have a team that works overtime to ensure our success and I am grateful for everyone who contributes to my daily growth."

Based on the momentum Move has built up, Roxxy and her team at Boxa Hype Records has decided to shoot an official video for the track, slated to be premiered this summer.

While anticipating the completion of the video, Roxxy is also working on her single Premeditated, as well as her much anticipated collaboration with Chex and Budukusu titled Whine.