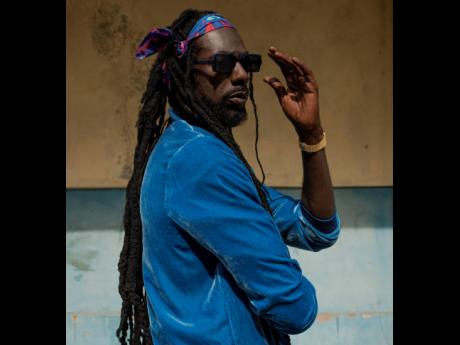 Buju Banton's long-time producer and in-house engineer Jermaine 'J August' Reid is currently working on the luminary's next album, which, he promises, will be unlike anything fans have heard.

His confidence is backed by his latest production, Madda Badda, which fans are tooting as the true return of 'the Gargamel'.

"We have an album in the making and you're going to say this is totally different," Reid told THE STAR. "You know how Make My Day was ahead of its time? We're not directing in that vein music-wise, but you're going to get modern music with some of that flavour in it. You're not gonna get any griminess. You're gonna get a Buju where you feel like he's talking about you, and the music is gonna be all fresh music that you will love."

Reid produced on Buju's Grammy-winning album Before the Dawn (2010), as well as his Upside Down 2020 full-length project that came following his decade-long drug sentence at McRae Correctional Facility in the US. Anticipation was naturally high for the latter album, especially considering thatthe musical landscape had drastically changed upon Buju's freedom in 2018. The project served as a melting pot of genres and new vocal styles, and hosted features from hot names like Stefflon Don and Pharelle, and collaborators Stephen Marley and John Legend.

"When you're surrounded by certain influence who you think have done great things in your life, there tends to be a limitation. The music just keeps repeating and doing the same thing. Buju is his own creator, but sometimes you look to older persons for advice or their liking. But when you're growing older, you tend to only like what resonates with you from an earlier time period, so you'll keep going in that direction."

He continued: "Generations don't need the same thing. If you want to move forward with the genre that is going on or create something fresh and new, you have to move from what you're used to doing, and we've seen Buju evolve over the years."

It's not always a straightforward creative process. Reid is a proud supporter of the new sounds today, not necessarily the lyrics, and said they sometimes clash on musical ideas. Yet, he hailed Buju as a trendsetter in music whose influence knows no bounds, so they hear each other out and choose what's best.

While he was tight-lipped about album specifics, Reid said the album will feature "new-age producers", tying in with Buju's ongoing evolution. They've recorded two albums worth of music, one which Reid said will showcase this "different side of Buju", and the other which will more appeal to an international audience.