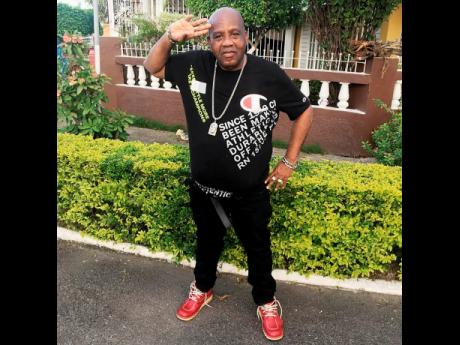 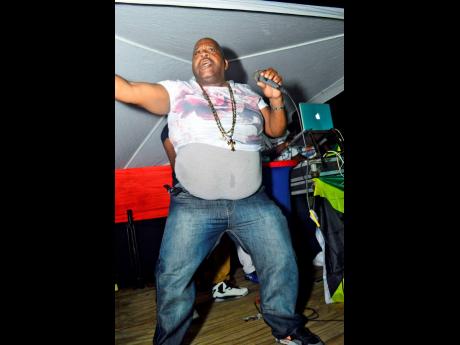 Sky Juice before the weight loss.
1
2

Legendary selector Sky Juice has shed some inches and adopted a healthier lifestyle since suffering a stroke in 2017, but he still embraces "the big belly man" references.

"Every morning mi wake up at 5 o'clock and exercise, but true mi go Weddy Weddy last night (Wednesday) mi never go this morning," the entertainer told THE WEEKEND STAR. "I've lost 15 pounds and I feel very good. Everybody is calling for Sky Juice now, the bookings up and mi working so the big belly man deh pon the street again."

The 2013 World Clash winner was playing at a boat ride when the health scare happened, and he took some time to recover, citing high cholesterol and a packed schedule as causes for the stroke. Per his doctor's orders, he has since cleaned up his diet.

"Mi haffi big up Fada Joe [Bogdanovich] and him whole Downsound team; I respect them a lot," said Sky Juice. "Mi a go deh go work good. It a go be straight forward wid mi and Long Liver Oliver, my right hand. Mi a go mash it up bad bad and go deh wid an energy."

Part of that energy is his plea for men and women to dance together at parties as was more popular years ago.

"When a man and a woman a dance, the bar sell more and the promoter makes more money," he reasoned. Other selectors for Reggae Sumfest Street Dance include C Note and Shukkle Bus. Sky Juice will then leave for the US for business and pleasure.

"What is most important is that I'm going there to visit my wife, but while I'm there, people are going to want Sky Juice to do events," he said. "I'm a family man, I love my family. Mi get nine children and I love all of my youths. Big up my kids dem and my family."

The showman, whose given name is Dalton Bogle, got his start in entertainment as a dancer before his talent as a selector was discovered by Gemini Sound's Archibald Cummings. After playing with several sound systems, he formed ties with DJ Peter Metro in the 1980s and has been a fixture of Metro Media ever since.

"Big up Bounty Killer, Capleton, Sizzla and Buju Banton cause mi used to play dem when mi a buss. Sky Juice respect every entertainer, singer and DJ. Big up Peter Metro too; him a one a di man dem weh help mi wid mi career."

Following the Reggae Sumfest Street Dance are: the All-White party at Pier 1 on July 19; the 'beach chic' Blitz party at Lounge 27/27 on July 20; and the Global Sound Clash on July 21 at Pier 1's car park. The concert dates are July 22 and 23 at the Catherine Hall Entertainment Complex.