‘I am not bitter’ - Papa Michigan releases ‘festival song’ despite rejection 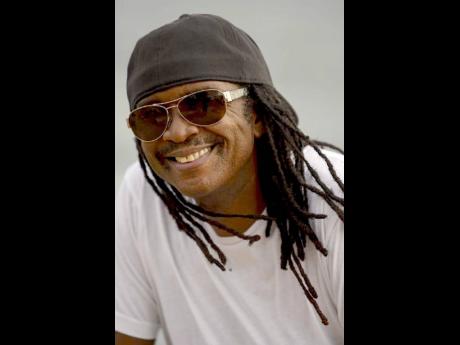 Rub-A-Dub artiste Papa Michigan has given the selection for the Jamaica60 Festival Song finalists a seven out of 10 rating.

A prolific entertainer for more than three decades, he sounded out on social media that in 2021, his single Jamaica Land Number One was not selected for the competition.

"A lot of entertainers and musicians were upset after my song was rejected. I don't know why but it didn't make the cut and for that reason, initially I did not resubmit it. When I saw them saying they did not receive enough submission, I sent it in, but never told anyone of plans to," Papa Michigan told THE STAR. "I am not bitter, but again it was not chosen. But I want to say that creativity still exists and it shows in my song which I thought had a chance."

Papa Michigan entered the National Festival Song competition in 2020, finishing second behind Buju Banton ( I Am A Jamaican). Papa Michigan is scheduled to officially release Jamaica Land Number One this Friday.

"I was surprised that it was said that there was no creativity in the business when my song is filled with that. I wanted to show something that was uniquely of Jamaican culture, from the mento to the maypole. I have friends like Nitty Kutchie whose song is good and a few others but I don't know the names. But as far as creativity, some do honestly lack it," Papa Michigan said. "All the same, festival is a lotto. Even if you have a good selection, it doesn't mean your number will be selected. I'm not saying I won't enter again, never say never. But for now I'm only seeing myself write songs for the purpose of entering but letting someone else voice it."

However, veteran producer Gussie Clarke, who is a member of the judging panel, said that for the panel, a number is assigned to identify the songs.

"Because of our association with the business, we will identify the voices. Anybody from the outside can say what they want to, because they are not listening to the songs. But I have never heard anyone saying there is no creativity in the business, we definitely heard a lot of creativity," he said. He explained that the main aim was meeting the criteria and choosing what best suited the Jamaica 60 celebrations. He said that many songs were not produced properly, were recorded with low audio, and some sparked copyright concerns.

"It was a collective decision and consensus of the judges which songs were chosen or not chosen. It was also a laborious task, challenging because it's not simply choosing songs to choose song, but what would be appropriate and did not repeat lyrics out of over 300 submissions, and listening to those three times or more while meeting our own obligations with work and for artiste like Freddie McGregor who was touring," Clarke said. The winner will be announced on July 28.