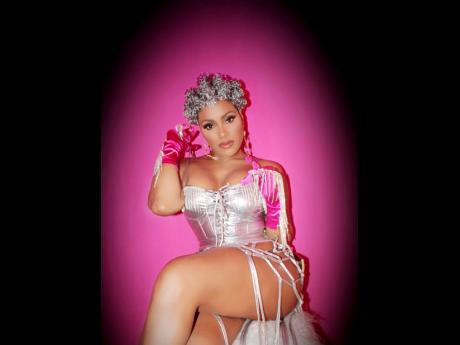 Ishawna is big on energy and, if her spirit isn't leading her to do something, she doesn't do it.

'Miss Legendary' has been deliberately absent from the stage since 2020 to focus on creating music, and even rejected an earlier offer to perform at Reggae Sumfest this weekend.

"Sumfest contacted me earlier this year to be a part of the show and I turned them down numerous times 'cause I wasn't taking any shows; I was just like 'I'll do it next year'," Ishawna told THE WEEKEND STAR. "When Skatta (Burrell) contacted me, he was like 'Just do it' and I was like 'Okay'. I think because I have the song out [ Brace It featuring Ed Sheeran] and my fans were pressuring them and pressuring me as well, like 'Why are you not on Sumfest?', I decided to go with it ... . I normally go off my vibe, and my vibe was saying do it, so I did it."

Slated to perform tonight at the Catherine Hall Entertainment Complex in St James, Ishawna is no stranger to the Reggae Sumfest stage. She said that most of the things she does on stage are spur of the moment.

"Even when I'm rehearsing with my band, it's just rehearsing for the tracks to make sure that they're getting the rhythms properly done. The hardest thing for me is just to get my look together and making sure the band is on point with my music. But all of those other things that happened on 'A Taste of Sumfest' [the virtual edition of the show in 2020,] like when I stuck my tongue out, were just me being Ishawna, being spontaneous, going with my vibe and instinct, and that's what's going to happen today," she said.

"Anything is possible. I don't really have a manual or script 'cause I feel like, whenever I do stuff like that, it doesn't go like that. So I just want my fans to know that they're going to get a very fun-filled performance, with me being me, of course, but it's not something where I'll be following a script. You just have to come out and see," she added.