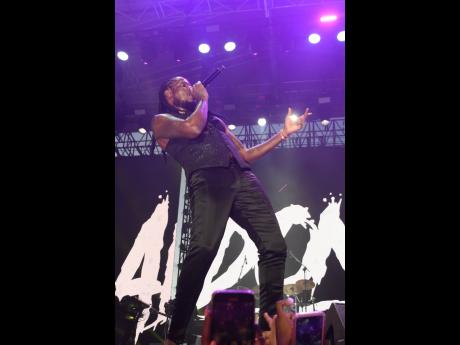 Aidonia was among the performers at Reggae Sumfest Festival Night One. 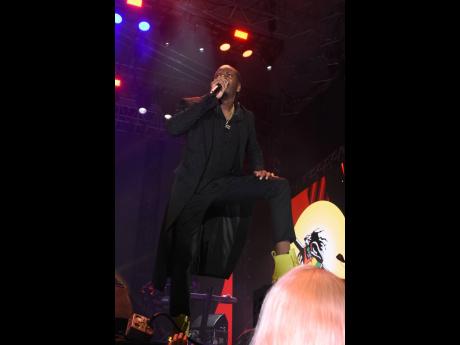 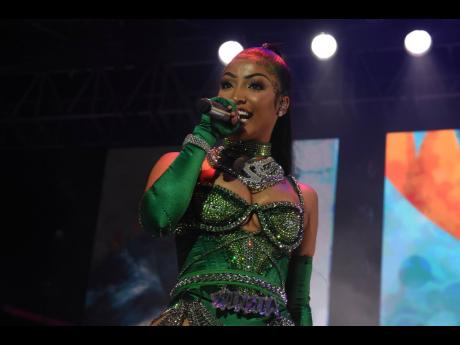 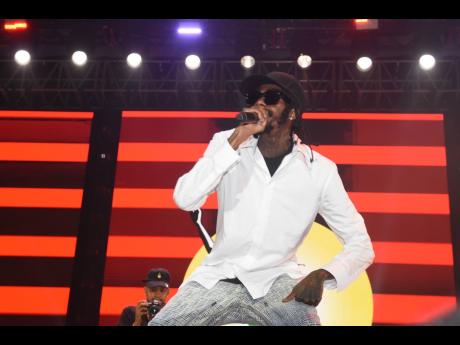 Seasoned dancehall artiste Aidonia said that although he fully enjoyed several performances at Reggae Sumfest, he singled out Govana, Shenseea and Alkaline.

He said that he felt like a 'proud father' after watching Govana perform on Festival Night One.

"Seeing all that growth from school days to where him deh now, it gives me an energy. You know what? I don't want to say proud father, but me proud because me know the growth, know from weh him start to weh him deh now and me know where him a go," Aidonia told THE STAR.

Their relationship goes back nearly a decade, as Govana made his debut as Deablo as part of Aidonia's JOP camp. He was still finding his voice but has always been lyrical, which he showed in their number one collaboration Run Road in 2012. Making his third solo appearance on the Reggae Sumfest stage, Aidonia said "issa vibe" to watch the audience reaction to an artiste whose potential he recognised from the beginning.

"He [Govana] has grown over the years on stage and as we all can hear, the catalogue is growing too," Aidonia said, adding that it has been a natural progression like his own career. The last time Aidonia was on a Reggae Sumfest stage was 2019 when he performed with Govana. Reminiscing on his first Reggae Sumfest performance in 2006, Aidonia said he too has evolved vocally and lyrically.

He said, "I remember performing twice that night, once by myself and later with Bounty Killer because that was the same year we had the collaboration From Them Dis. Performance-wise I was shy, I used to want to hurry up and come off the stage. But just being around music and performing for different audiences in Europe, US and the Caribbean, I outgrew the shyness."

He added "Shenseea gwaan nice. Spice gwaan mad and she work the audience. Me respect and love how Alkaline is growing, he shows that critics are nothing 'cause dem talk negative about him. Dem always talk about his stage performance and me feel him prove dem wrong. From even New Rules he been delivering and engaging the audience. These artistes show growth."

Over the years, the Dat Eazy artiste has continued to introduce new acts to the dancehall community. He is currently working with Jayds and Tanso as well as female deejay Posh Morris.

"The hardest thing is getting the people's ears to catch the new artistes because our country [is] full of talent, a lot of talent coming in every day. Social media has made it easier now compared to back then. I called up Posh Morris, she did great, and all our artistes are steadily growing. We are focused on finding a hook," Aidonia explained.

During his set, Aidonia also introduced Kimberly Lawrence, his wife, because he is a big believer in "giving people their flowers."

"I love her. I think she is a great mother and in being a great mom, there is also the love she has when other children, my niece, nephew and cousins, come around. I think we are also ready for a next one. I want to have four and she always say 'So much'? But we just gone one so far," he said. Aidonia also said that for Jamaica 60, he urged Jamaicans to find that true, authentic love.

"Jamaica used to be focused on love, where people used to look out for each other. Out of many, one love...once we find it back, it will fix everything," Aidonia said.