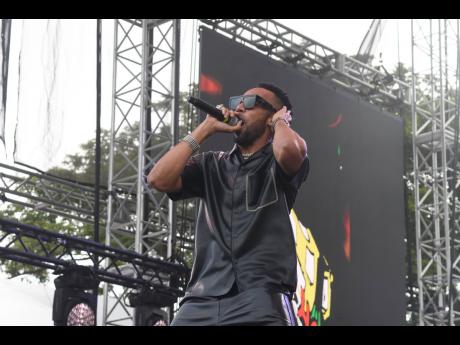 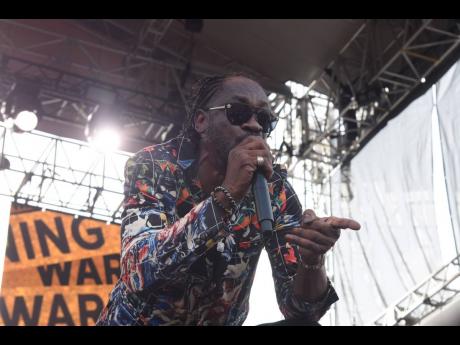 Veteran dancehall entertainer Cham says that it is time that Jamaica starts embracing its heritage, and "take ownership of our culture and be proud" to be Jamaicans.

His comments come as the legendary Madhouse Records studio released a seemingly hit-bound collaboration with Bounty Killer. The single, Blood Clxxt, was officially released on August 5.

Cham pointed out that the song's title mirrors a popular word coined by Jamaicans and used to express every single emotion, from anger to happiness, as well as disbelief, frustration and pleasure.

" Blood Clxxt is 100 per cent Jamaican, uniquely so, and cannot be separated from our culture," Cham said of the song that was produced by Dave Kelly.

Bounty Killer and Cham are two of more than 30 dancehall artistes to work with Kelly. Following their recent participation in Reggae Sumfest's Madhouse Tribute to Kelly, both deejays indicated that something big was about to have speaker volumes turned up to the maximum level. Blood Clxxt, they said, is intended to do just that as they address the issues of crime and violence, corruption, injustice, and the need for some laws to be adjusted for the betterment of Jamaican society.

Kelly, who is behind many of the greatest dancehall hits, including Another Level, which Cham and Bounty Killer recorded over two decades ago, describes the process of making and recording the latest project as magical.

"It has always been, and continues to be a pleasure working with Cham and Killer. Two consummate professionals who are always 100 per cent focused when we're in the studio," Kelly said.

Bounty Killer said that he hopes the "real music lovers and music supporters react and respond to Blood Clxxt the way they should".

"This is real music, music for the people, the type of music we know and the one we made. So I expect global warming, now that's a warning," he said.