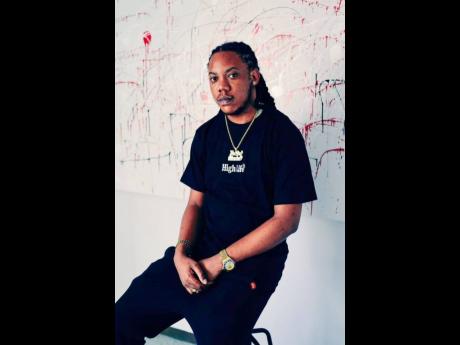 Stone Love young gun Gugu Mental, who is currently in Japan as he tours with the sound system, said that his eyes are firmly fixed on the international market.

"The international market is better, in my opinion, as there are more opportunities for exposure and growth. A lot of promoters on the international scene are booking Stone Love, Gugu Mental and it augurs well for the future," he said. "I don't have anything against local promoters as they helped to build my career and I'm now seeing the growth of seeds planted years ago."

He added that the local market has its limitations and he was ready to face the world with an abundance of potential and opportunities.

He said that he is humbled by the fact that many up-and-coming selectors look up to him for inspiration, and he suggested that as a young selector, he is on top of his game.

"While in Japan, I was very surprised that everyone knew about me and was very excited to have me there. The people have shown me love and there is a sense of pride and accomplishment," he said. "For sure, the Japanese people love the Jamaican culture, especially the entertainment. Right now PSG football team from France is also here in Japan touring with the likes of Messi, Neymar, etc."

Gugu Mental started with Stone Love a couple of years ago and was trained by the sound system's CEO, Winston 'Father Wee Pow' Powell, as well veteran selectors Billy Slaughter and Geefus. Gugu Mental has grown to become one of the top young selectors in the island.

"There is always a steady stream of bookings for Stone Love and promoters have personally requested my services as a selector, and for that I'm grateful," he said. For the next couple of years, Gugu Mental looks forward to building his brand and to being a household name globally.