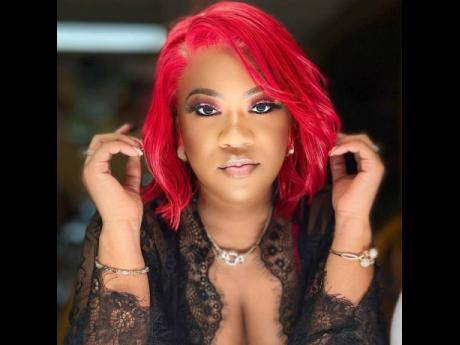 Although her talent was evident from an early age, Roxxxanne Alexandra had no intention to pursue a career in music until tragedy struck twice in 2011.

"In 2011, I lost my dear aunt Jackie who was like my second mom, and my best friend since junior high, Latisha. They both passed away a few months apart. As you can imagine, it was a very rough time for me, but it opened my eyes to a lot of things, especially the brevity of life," she said.

"This experience fuelled me to pursue a career in music. Before that I had no real desire to be involved in music professionally. However, after experiencing these losses and remembering how much my aunt believed in me, I decided it was time to put my God-given talent to use," she added.

Despite her new-found determination, it took her three years before she released her debut single, an R&B song titled Never Give Up.

"When it was released in 2014 it caught the attention of the DJs at Hot 97 and several other New York radio stations. Before I released that song, I worked with several hip hop and R&B artistes and producers, but nothing happened until I recorded Never Give Up," said Roxxxanne Alexandra.

The singer is currently promoting a sultry lovers' rock single which is titled Don't Stop. The song was produced by veteran reggae singer Anthony Red Rose.