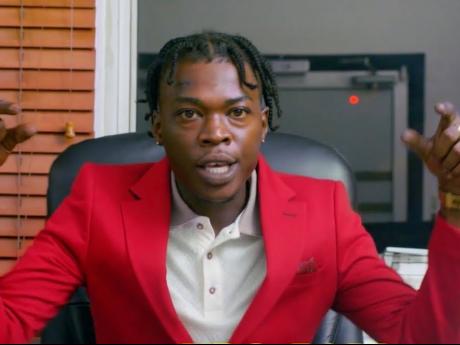 The music video for 'Chappa Gyal', which features dancehall frontrunner Skillibeng, now has a new look after directors were forced to edit out the H&L Rapid True Value building.

This after lawyers representing the company served producers with a cease and desist letter, taking issue with how the establishment was used.

The building, which was featured at the beginning of the music video, was renamed Skillimoney Headquarters and was used as a fictional 'scamming base'.

In the song, which also features up-and-coming artiste Honey Milan, the entertainers talk about scamming and outline how they carry out their operations.

Lawyers from the Levy and Cheeks law firm, which represents H&L, said the video not only infringed on trademark and copyright rights, but was also a "deliberate attempt to take advantage of the reputation and goodwill which has developed and presently exists in the 'H&L' and 'Rapid True Value' trademark, trade dress and get-up".

The letter stated that the company did not endorse scamming and did not grant anyone affiliated with the video permission to use its trademark.

The video has since been re-uploaded minus the H&L building. But before the adjustments were made, the song had amassed half a million views and was trending at No. 3 on the local YouTube chart.