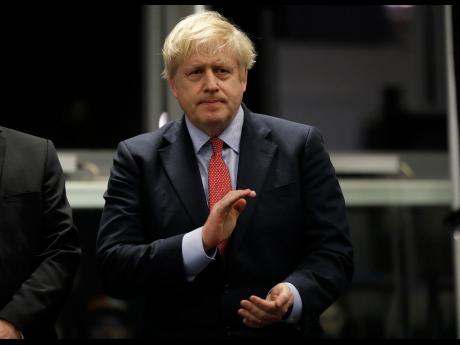 LONDON — Britain is saying goodbye to months of tough lockdown restrictions, thanks to an effective vaccine rollout program.

Starting Monday, all restaurants, bars and museums can largely reopen, and people can socialise indoors. It’s the biggest step yet to reopen the country following a sharp drop in new infections and deaths.

Many credit Britain’s universal public health system for getting hundreds of thousands vaccinated every day. Experts say that infrastructure was key, helped by the government’s early start in securing vaccine doses and its decision to delay the second dose.

Almost 38 million people, approximately 68% of the adult population, have received their first dose. Almost 19 million have had both doses. Experts say the National Health Service can target the population and easily identify those most at risk because almost everyone is registered with a local general practitioner.

Deaths in Britain have come down to single digits in recent days. In January, there were up to 1,477 deaths a day amid a second wave driven by a more infectious variant first found in Kent, in southeastern England.

New cases have plummeted to an average of 2,000 a day, compared with nearly 70,000 a day during the winter.

However, Prime Minister Boris Johnson expressed concerned this week about a resurgence because of variants of the virus, including one from India. Britain has totaled nearly 128,000 confirmed deaths, the highest toll in Europe.