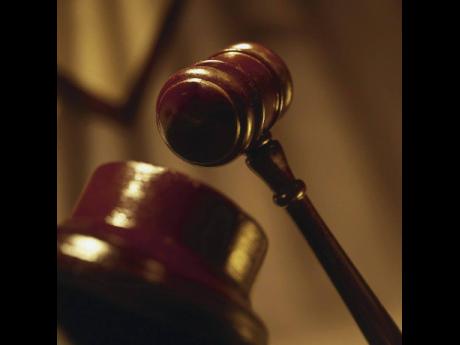 A Kingston man was ordered to pay $180,000 to a complainant whom he chopped during a dispute in August Town on April 15.

The court heard that the 52-year-old Grant, on April 15, approached the complainant from behind and used a machete to chop him on his left foot. A tussle further ensued between the two during which the complainant was cut on the little finger of his right hand.

Grant, in his defence, claimed that the complainant was on his property nailing up a piece of board. He asked why was he on his property and they both got into an altercation.

The complainant, however, countered by saying that it was on his premises.

When Parish Court Judge Lori-Anne Cole-Montague asked Grant whether he owns the property, the accused man said "No, Miss, but a over 30 years me live there, and a him come over me yard".

The judge ordered that he compensate the complainant for the injuries he suffered.

"From where I am, I can see his little finger and it is damaged. To chop him was pretty extreme," the judge said.

The complainant said the injuries have severely impacted his ability to perform some tasks.

"Me caah even wash me clothes again, Your Honour. I have to get somebody to wash them and take care of me," he told the court.