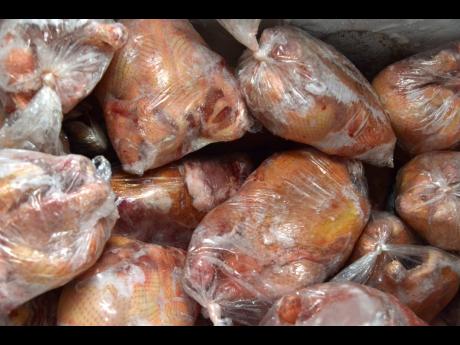 A chicken farmer was robbed of his produce on Monday by a man pretending to be a legitimate buyer. Police reports indicate that the farmer was at his home in Clarendon when a man came to his house asking to purchase chicken, paying by cash.

The farmer contacted a relative who had chicken, and agreed to sell them to the alleged thief. An estimated 200lb of chickens, valued at $44,000, was packaged and placed in the trunk of the suspect's car. It is alleged that the suspect drove away the vehicle with the chickens, leaving the farmer empty-handed.

The matter was reported to the Four Paths police, who are reportedly treating the matter as a case of larceny by trick.