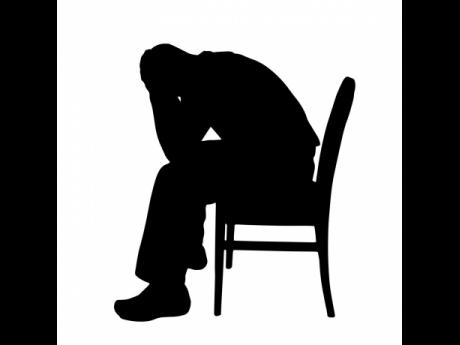 A St Thomas mother is seeking to clear her son's name, which was mentioned by community members in the abduction and rape of an eight-year-old girl in the parish.

The child was walking to church with her cousin along a dirt road in the parish when they were pounced upon by an attacker. After being ordered into bushes, the hands of the family member were tied and the eight-year-old girl was forced to remove her clothes, after which the attacker proceeded to perform lewd sexual acts.

Albertine Graham said that her 27-year-old son was taken into custody by the Yallahs police, but not before he was badly beaten by angry community members, who she said tried to kill him for an act he denied committing.

"I knew that he was innocent and I never stopped praying because I believe in God ... Once I saw him in handcuff and I heard him saying it was too tight, I felt it to my heart. Look how dem a do mi child like him a prisoner and he was innocent," said the hurt mom.

The 27-year-old accused, who is said to be developmentally challenged, spent nearly three weeks in lock-up before he was released following an identity parade -- where he was not identified as the perpetrator -- last week.

Obviously distraught and equally angered, her daughters Osheika, Tashell and Jashema shared their account of the day in which their brother was attacked and later arrested.

"I left him at home with our uncle, who swore that it could not have been him who committed the act based on the time they said it happened, because he was there all day. Uncle told us that two car load of people, and many other walk foot man come up there with shovel, machete, pick axe, knife, bat, big stones and other things and rush our brother, who was sitting under a tree.

Him run and even when our uncle tried to stop them, dem beat him with a machete and still catch and beat we brother. They even wanted to drop a stone in him head. Thank God, a friend was nearby who rushed to help him. Even him get hurt too. When we see our brother you couldn't tell him different from blood," the sisters revealed, sharing that their brother had received chop wounds to his face and the back of his head.

Graham said the incident surrounding her son underscores why people should not embrace 'jungle justice'.

"People should not take the law in their hands. Let the police deal with it because they could have killed my son and he is innocent, and if he had died so would the story. The little girl's family wouldn't get any real justice. I really want them to catch the person because she is a baby and that is a scar. Right now the rapist is walking free and may strike again," Graham said.

Head of the St Thomas police, Superintendent Allison Byfield, said that while the man initially accused of the incident was released, investigations are ongoing to bring to justice the man responsible.

Jashema is anxious for her brother to get back his good name.

"Him don't even like to be around people and hardly talk. If others come to the house, he would rather go around the back and stay until they leave. He has been left with our little cousins and others before, and him never even look at them. Him don't have the knowledge to do all the things that we heard that happen. See the police let him go there, I just want everybody to stop call him name and know that he is innocent."