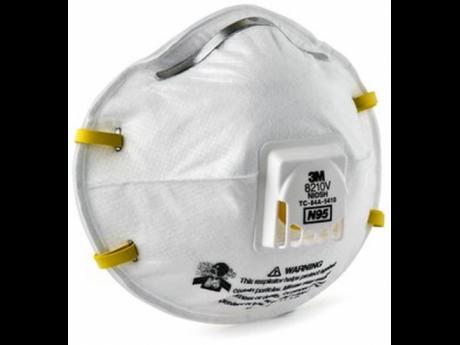 Two sisters who were arrested and charged on August 20 under the Disaster Risk Management Act (DRMA) were each fined $200,000 or 30 days in jail on Wednesday in the St Thomas Parish Court for not wearing masks.

They are 30-year-old Racquel Williams, and her younger sibling Kaydreen, 23, of a Roselle address. According to information reaching THE STAR, the sisters were travelling with the masks in their hands when they were stopped by a mobile police unit. They were arrested and taken to the Morant Bay Police Station, and were given $50,000 bail each. Their sister Miscah said the sisters are shocked that the fine was so high.

"This is more than stress. When dem a go weh, dem jokingly tell mi fi watch dem daughter and son and mek sure say dem eat dem lunch and wi a laugh and wi a talk, nobody never expect this!" she said. Miscah said that the situation has caused the family a lot of distress and they will have to try and come up with the money somehow.

"At first they were like 'we will tough it out, we can do it. It's either the $200,000 each or 30 days'. But when I went to the Morant Bay Police Station and I went to collect their belongings they were crying saying that they don't think they could manage because it is rough in there," she said.

The Houses of Parliament passed legislation for the introduction of fixed penalties for persons who are deemed to be in breach of certain aspects of the DRMA. The fixed penalties, which are issued in the form of tickets, must be paid within 30 days, failing which a summons would be issued by the court for the person's arrest.

However, the ticketing regime has not been implemented and persons are still being locked up for offences such as failure to wear masks. A person who is brought to court under the DRMA and convicted before a resident magistrate, is liable to a maximum fine of $1 million or to imprisonment not exceeding one year. More than 18,000 persons have been prosecuted under the DRMA since last March when Jamaica recorded its first case of COVID-19.