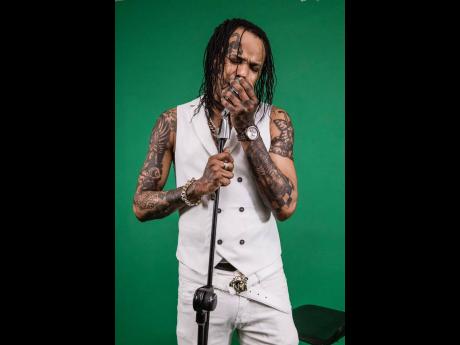 For an entertainer whose history has seen him embrace names such as Uncle Demon, the word 'transition' when used in the same sentence as 'Tommy Lee Sparta' can conjure up a myriad of images.

But, this time, Transition is simply the title of the new double album from the artiste. His team notes that his "dark operatic dancehall theatre continues with his latest body of work". Set for release on November 5, Transition is said to explore two different tones.

His usual depictions of a more carefree, party-filled lifestyle are tied together on Side B, while Side A showcases the gritty, raw depiction of a society that is seemingly falling apart at the seams.

Tommy Lee Sparta, who burst on to the music scene in 2008 after the premiere of his first single and performances in his hometown of Flankers, Montego Bay, remains behind bars, serving a three-year prison sentence. But his management team, Boss Lady Muzik, continues to keep him relevant through daily updates of his social media pages, and now, through this album.

According to his team, "Tommy Lee distinguishes himself from his peers by tapping into and allowing himself to be inspired by the phoenix and its story of rebirth. In many myths and legends across the world, the phoenix is a bird of fire that is rekindled and born again from the ashes of its own flaming death. It is a symbol of humankind's atonement with the concept of death and the acceptance that it is merely a passage into another state. In the same way, Tommy Lee Sparta hopes to Transition into a different space in his current life, with more of a focus on his core brand and the more positive things he's known for."

It was Vybz Kartel who welcomed Tommy Lee into his Portmore Empire and since then, the artiste has blazed his own trail, going on to create hits like Psycho, Soul Reaper, Spartan Soldier, and Blessings.