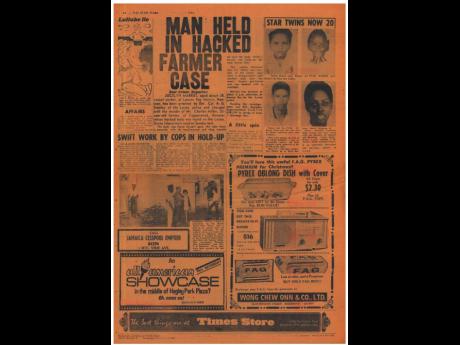 Twins Bruce and Diane Jones featured in THE STAR on November 24, 1971, their 20th birthday. 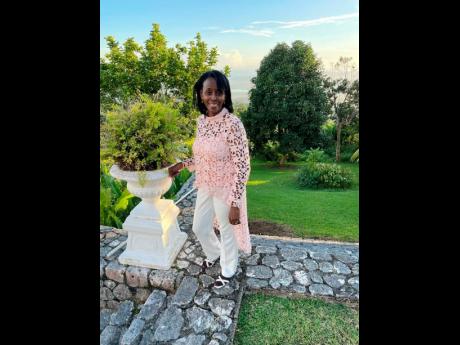 When THE STAR made a call for persons born on November 24, 1951 to come forward and be featured by the newspaper, Inez Phynn left her Rum Lane, Kingston, home with her twins, Diane and Bruce Jones to have their photograph taken. Diane and Bruce, and other three-year-olds at the time, were dubbed STAR Babies, having been born on the same day as the famous publication.

Decades later, Diane Jones Moses, celebrated her 70th birthday on Wednesday. Unfortunately, this milestone had to be marked without Bruce, who died tragically in 1980.

Diane said that over the years she has held THE STAR close to her heart. In fact, she hopes that the STAR Baby feature will be returned to the publication.

"I think especially in these times, that type of exposure, that sort of upliftment, it can act as an upliftment for them like it did for me," Diane said.

"My mother was that type of person; from she saw that type of exposure she would not have hesitated to be a part of it. That's how she was."

"I still think she, herself, used to show off herself she have STAR Baby and that sort of thing," Diane said remembering her mom.

Even though Diane's mom, Inez, died 12 years ago in 2009, she remembers her as a cheerful person who taught her all the things she needed to keep the joy in her life.

"In everything, you have to have a foundation, and if you look at it, it was downtown in the ghetto. Downtown in the ghetto my mother was when she did all of that for me. As long as you have that contact with the church. With all of what is happening around you, she made sure we're not a part of it so you can keep your joy. You go to church and you're happy."

Diane, who attended Excelsior High School, went to The University of the West Indies (UWI) where she read for her bachelor's degree.

"I did language and literature but I mixed it with the social sciences since I was in accounts. Then I did the executive master's [degree] in business administration in 2001. I have some other likkle things. You know in government you have to do some government courses to qualify and all that but all of those studies all along the years, I sorta made sure that academically I was up to date on what I needed," she said.

Diane later worked as an auditor in the accounts department at the UWI before moving on to the National Gallery of Jamaica where she worked until she retired in March this year. Along with her academic and career success, Diane has three children and three grandchildren and has been married for 46 years.

Now celebrating her 70th birthday, Diane says she is content with her life and will take life five years at a time from now on.

"Having looked back, you have to look at your material achievements. When I think about all of that I am content. From you reach the three score and 10 you supposed to be content," Diane said.