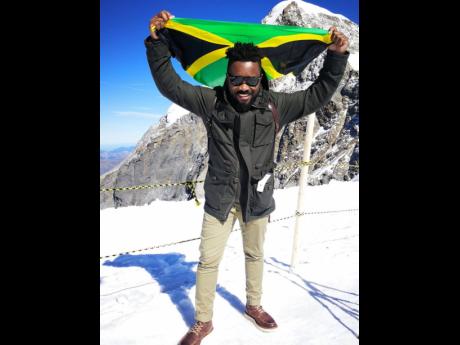 Patrick Planter repping for his homeland. 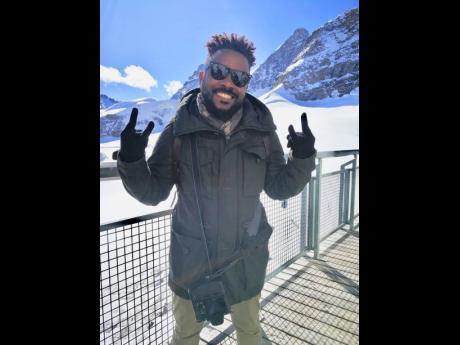 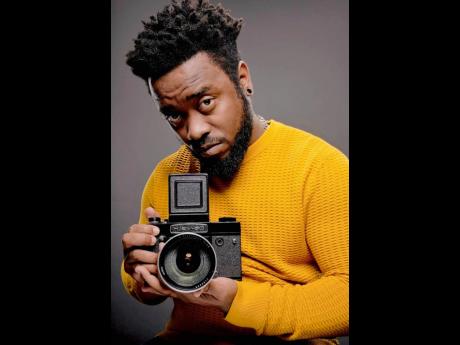 The Jamaican Christmas, known for its richness in family, food, and frolic, is a distant memory in the mind of Patrick Planter this year as he will be spending yet another Yuletide season 8,225 kilometres away in Zurich, Switzerland.

Planter, a 38-year-old Kingston native, moved to the central European nation in 2017 and says since his departure he has only returned home once. Accustomed to the common Jamaican practice of going to church on Christmas morning then returning home for a grand feast and family bonding, Planter, who is a photographer, says spending the holidays without most of his family and traditional Jamaican meals leaves the holiday twinkle just a bit duller in his eyes.

"When I was younger, we'd a go church and dem ting deh and come back home. And when you come back you know you open your gift them and then the whole family get together, so you know you have that whole family bond going on there inah Jamaica," he said.

"But the food a di most important part. With me, me miss the food. You know the cake and the sorrel and the fry chicken; the different type of meat and curry goat and dem ting deh, yuh nah guh really find that here. You haffi actually really search and even so you nah guh find goat. You ago find like lamb or sheep instead of goat. So, it makes a big, big difference."

Planter says one Swiss meal that he has been exposed to since his migration is raclette, a cheese-based dish with potatoes that is served primarily during the holidays.

"You have like this big pot on the table and you have like a fire under it, and that's keeping the cheese warm and bubbly," he said.

Planter says the Christmas holidays in Switzerland are also far tamer than in Jamaica.

"Grand Market night a the thing. The other day, is like, cause me son him have birthday coming up, so me ask him what is him plans. So him say him a go Grand Market. The fact that him even say Grand Market is like it put me back inah a one zone when me did small and like me look forward fi go Grand Market and stuff like that," he said.

He told THE STAR that there are markets in Zurich, but they are more 'organised.'

"You have like some stalls like some likkle mini house weh people sell inah. Well decorated and everything. You have people from all over the world a sell them products. A same Jamaican vibe but in Jamaica now you know seh people deh ina the streets and dem deh deh wid dem tent and stuff, music a play over deh so and is a whole likkle vibe," he said.

While he is perennially homesick, Planter says he can't say when he will be able to enjoy a 'Christmas a yaad' again because he is unwilling to contend with heavy COVID-19 restrictions.

"I'm not sure when next I'll be there [Jamaica] but depends on how the whole action is going on with the whole vibes with corona. Mi did deh deh the other day and me nuh wah come back a Jamaica and affi a go through restriction and you cyah guh nuh weh and no movement day and all them sumn deh. That did kinda mess up the whole a my plans weh me did have. So, me nuh think me ago wah come deh inah dem type of vibes deh," he said.