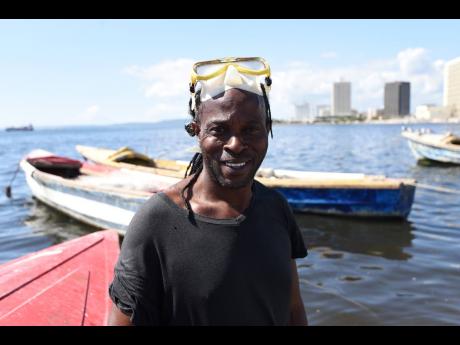 Rayon Graham is excited about the possibilities for the fishing area. 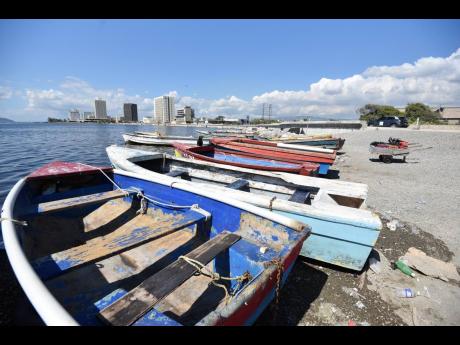 Boats are moored at the recently built bank.
1
2

A gentle wave makes its way out to shore and caresses the flotilla of boats at the newly constructed Rae Town fishing beach in Kingston.

Standing in their midst is Rayon Graham, a fisherman, who depends on the Kingston Harbour to provide him with his daily catch.

Fishermen have, for decades, berthed their vessels along the shoreline on the waterfront, but an 80-metre fishing beach was created for their use as part of the Port Royal Street Coastal Revetment Project.

"Mi love the development and everything enuh. To tell the truth, mi no fully know weh dem ago do yet but mi just a hope say it can bring good for the community and more business to us," said Graham.

The fisherman, who hails from Parade Gardens in central Kingston, said that he mostly sells fish to residents in his community, although it has not always proved to be a profitable venture. However, he said that he has seen signs that suggest brighter days are on the horizon.

"Normally during the week people just drive pass because a mostly weekends we do wi thing fah. But from 'bout December mi notice an improvement in the sense say people a drive and stop and a ask bout fish," he said.

The Port Royal Street Coastal Revetment Project has seen the widening of the roadway leading from Rae Town to the Ministry of Foreign Affairs and Foreign Trade building along the waterfront. A seawall has been constructed and work is under way to construct a boardwalk to improve the aesthetics and promote recreational activity along the shoreline.

The project, implemented by the Jamaica Social Investment Fund to the tune of $950 million, is being undertaken to enhance the resilience of the Port Royal Street corridor to the adverse effects of natural disasters and climate risks.