Call for speed bumps after 11-y-o mowed down 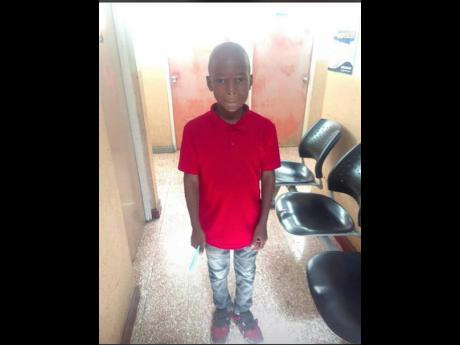 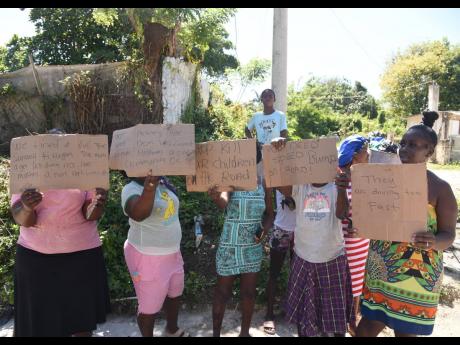 Residents of the Gutters community in St James hold up placards during a demonstration in the area on Tuesday, as they protest the recent death of 11-year-old Jason Bryan Jr who was hit by a car along the roadway on Sunday and died at hospital the following day.
1
2

"MJ dead! MJ dead lef mi gone!" were the gut-wrenching words of Sandra McIntosh-Bryan, after her 11-year-old son, Jason Bryan Jr, succumbed to injuries in hospital on Monday after he was hit by a car on Mother's Day in Gutters, St James.

According to residents, about 5:30 p.m., the child was sent to a nearby shop to purchase items and was hit while returning home. The driver took him to hospital. Jason Bryan Sr, was at a loss for words.

"He was my first son and I will miss him dearly. My son was a drummer and loved singing. He wanted to be a musician like his uncle. He was a Christian youth because we bring him God way. Him say 'Daddy, you know mi want to baptise and mi never stop him'," he said. "One day I will see him again because he belongs to God." Jason was described as a quiet student by his fifth grade teacher at Barracks Road Primary School Kadian Smith.

"It just hit me just seeing that his bench was empty. I just marked his test paper and I can't believe this really happened. I am going to miss him dearly and there is going to be a void in the classroom that can never be filled," Smith said. "He socialised well with his peers and got along with everyone. His classmates got the news today and some are not coping very well."

Bryan Sr called for the construction of 'sleeping policeman' in the community as others have been mowed down. "Too much speeding going on around here." Residents echoed this call and staged a demonstration yesterday on the main road. According to a resident, to date, at least five children and three adults have been victims of accidents in the same area.

"We are asking for something on the road just to slow down the speeding. And we are begging for a sign down there to say 'slow down zone'," a resident said.

Michael Troupe, councillor for the Granville Division in the St James Municipal Corporation, said he would be seeking to have speed bumps or other measures installed.