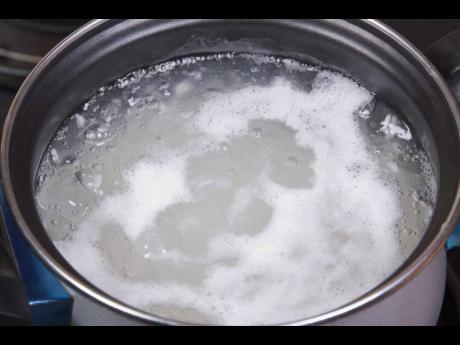 Senior Parish Judge Lori-Anne Cole-Montaque warned a Corporate Area man not to put his hand on his child. The man is accused of throwing hot water on his teenaged daughter, and beating her all over her body.

"The allegations sound pretty serious and I know you will be in agreement with that. So, in terms of the disciplining of your child, between now and the next date, I am going to ask that you not put your hand on the child," the senior judge warned.

The man, whose name is being withheld to protect the identity of the child, appeared in the Kingston and St Andrew Parish Court on Tuesday. The court heard that the man beat his 16-year-old daughter on three separate occasions. The child reported the incidents to a guidance counsellor at her school. It is alleged that on one of those occasions, in 2018, the man beat his daughter all over her body, then placed his hands around her neck and choked her.

It is further alleged that on December 20, 2021, the father allegedly hit the child on her head and threw hot water on her, resulting in a burn to her abdomen.

The latest incident allegedly happened on April 21 this year. The court heard that the father beat his daughter all over her body, leaving a scar on her hand.

The child was not present in court on Tuesday when the matter was mentioned and the accused told the judge that the child's mother, who was at home, was not aware that the matter was before the court.

The father is to return to court on July 7, when the complainant and her mother are expected to be in attendance.