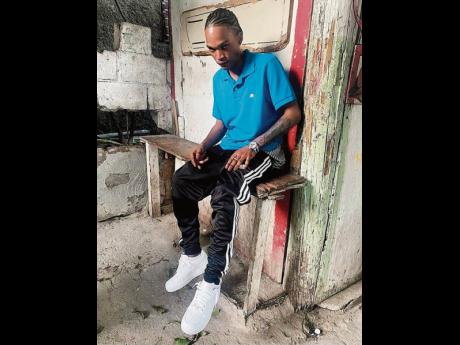 Prominent attorney-at-law Christopher Townsend, who is representing deejay Skeng, said that neither his client nor any member of his entourage were being disruptive during an altercation at the Norman Manley International Airport on Tuesday which saw the artiste being arrested.

"The incident occurred over a simple item he could not take in his carry-on luggage," he explained. "I don't see a judge being too harsh when you balance the scales. I also don't anticipate any further trouble at the airport and as a matter of fact, Skeng is on the way to Trinidad [and Tobago] as we speak." He said that the deejay was able to catch a flight yesterday to the twin-island republic where he is one of the headliners for a two-day event.

Skeng, given name Kevaun Douglas, was reportedly involved in an altercation with a member of port security and was pepper-sprayed in the process. Townsend believes that caused further panic from the deejay. He informed THE STAR that when he arrived on the scene, the police were assisting Skeng to relieve the effects of the pepper spray. He suggested the use of the measure needs reviewing.

"In certain instances, persons will need it, but it was a bit much in this incident," Townsend said. "After the police investigated, they are a little more understanding as to what really happened. They were helping all of them by providing a spray to hose down and the police also gave them bail in their own surety which does demonstrate a level of trust in terms of that they will return or go to court on their own purpose of answering charges."

Skeng was charged with disorderly behaviour and resisting arrest, for which Townsend explained that a conviction could result in a fine or the artiste could be admonished and discharged with a stern warning from the judge.

"Whichever way it is, a positive outcome is expected as it puts into perspective that certainly an incident like this should not have happened. And while there is responsibility all around and that is accepted, things could have been handle differently," Townsend said.