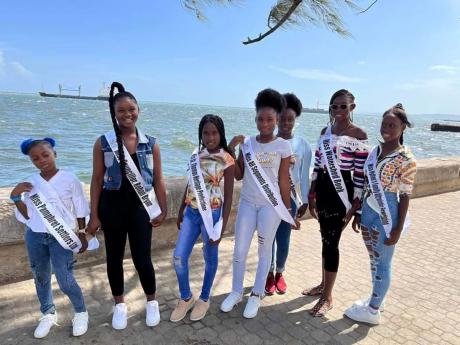 Botany Bay in St Thomas is getting ready for the staging of its inaugural community pageant, which will be held this Friday at the Botany Bay Community Centre.

The event is being held in celebration of Jamaica’s 60th Independence celebration. Seven girls between the ages of 11 and 16 will compete for a top prize of $20,000, as well as school and personal care supplies.

“The pageant came as an idea to uplift the community spirit for Jamaica 60, and [to] instil confidence within the young girls in the community,” said one of the organisers, Kimberly Thompson. She noted that prejudging was done in the form of an interview.

“The girls were quizzed on their involvement in community activities, their awareness about the community, cultural awareness and how goal oriented they are,” she said.

“The second part of the judging will be on the show night. The girls will then face a panel of three judges, including a justice of the peace, a youth advocate and a former Miss Teen St Thomas, who will all make the final decision.” The girls will showcase individual talent pieces, model their evening wear and share their thoughts in a question-and-answer segment.

For the question-and-answer segment, the girls will be quizzed various topics, including Jamaican women in sports, politics, improving education in public schools and gender equality. Thompson said that the residents of Botany Bay have been very supportive.

“It is actually well received, the response has been overwhelming. It is something that the community and the members of the diaspora from the community are really looking forward to,” she said. Thompson stated that all of the costumes are fully funded and that the parents’ permission was acquired before the girls were entered as participants.

Botany Bay is located between White Horses and Yallahs in the eastern parish.