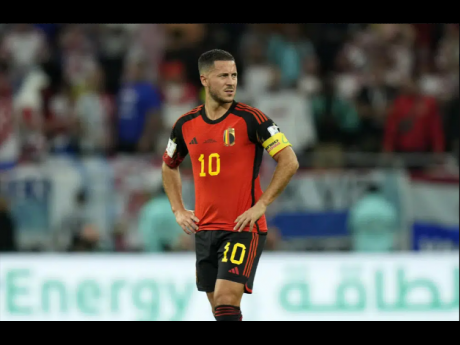 BRUSSELS (AP) — Belgium forward Eden Hazard retired from international soccer on Wednesday, nearly a week after his country’s aging generation of players was eliminated from the World Cup.

“A page turns today...” the Real Madrid player wrote on his Instagram page on Wednesday. “Thanks for all the happiness shared since 2008. Decided to end my international career. The succession is ready. I will miss you guys...”

Belgium was eliminated from the tournament after a 0-0 draw with Croatia, which advanced as the second-place team in Group F behind Morocco. Hazard failed to score in the group stage.

Minutes after the game, Belgium coach Roberto Martinez announced he would be leaving his role after more than six years — a decision he said he had reached before the tournament started.