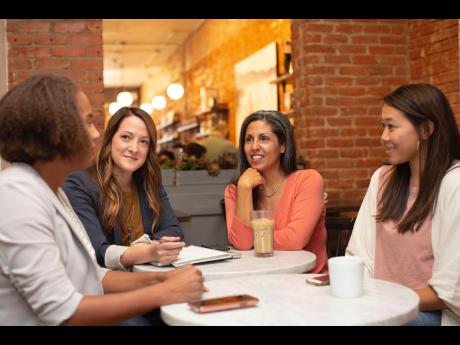 WASHINGTON, Dec 8, CMC – A study by the Inter-American Development Bank (IDB) has found that women in Latin America and the Caribbean still hold a limited share of senior decision-making positions in national governments and most of the leadership posts they do hold are in just a few specific areas like health and education.

This gap also persists, though to a lesser extent, at lower levels: women hold 44.2 per cent of director-equivalent positions.

“The region’s public sector needs a more ambitious gender equality agenda to leverage female talent for development,” said Susana Cordeiro Guerra, the manager of Institutions for Development at the IDB.

“Several studies confirm that when women hold leadership positions in government, it brings many economic benefits and furthers additional goals of service coverage, as well as efficiency and efficacy,” she added.

An average of 41.4 per cent of leadership positions at the 12 government agencies chosen for the study are held by women.

Vertical segregation (when women do not rise to leadership positions) and horizontal segregation (when women achieve top jobs only in sectors associated with traditional gender stereotypes) persist even in countries where the share of female leaders is higher. Women have a stronger presence in stereotypically female sectors such as education and health (45.4 per cent), with much sparser participation in areas traditionally dominated by men, such as finance and defence (38.1 per cent).

The study recommends three areas of action to boost the proportion of women in leadership posts.

The first is to break down barriers to formal parity in decision-making positions by setting clear and quantifiable gender targets and creating strategic selection processes.

The second is to strengthen institutional capabilities so gender policies can be mainstreamed in all areas of the public sector, and to take a gender-based approach to managing human resources.

Finally, the study recommends periodically publishing disaggregated information on the presence of women in public-sector leadership roles for ongoing monitoring and better decision-making.

The data used in this first edition of the study was collected from December 2021 to March 2022.

The data from the 15 countries was analysed at the national level and is based on a combination of answers from those countries, secondary sources and consultations with experts, mainly with regard to budgetary matters. The study also features an analysis of the regulatory instruments in the 26 IDB member states in the region.