I have unfinished business in MLS – Lowe 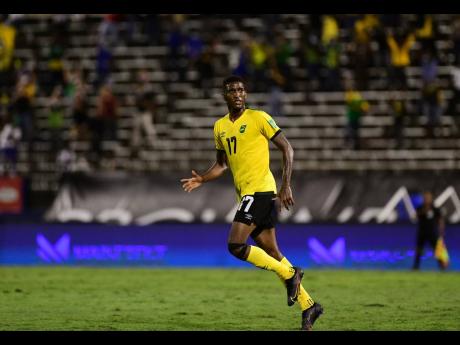 National defender Damion Lowe says that his return to Major League Soccer (MLS) was about finishing a personal mission that he started during his first foray into the league eight years ago.

Lowe, 28, signed with David Beckham-owned franchise Inter Miami on a two-year deal that runs until 2023, with an option for 2024. The club announced the transaction on Sunday.

It will be the first time Lowe will be in America's top-tier league since he was drafted by Seattle Sounders in 2014.

Lowe spent two years at the club, but did not get to feature in the team, with him being sent on loan twice before his departure in 2016, the year that the Sounders won their first MLS Cup title. Lowe said that he feels he can bring the impact to the league that he was not able to make in his first years in America's top tier.

"I wasn't able to make an impact due to injuries and being a young player having to challenge for a spot," Lowe said. "I feel like I have unfinished business in the MLS."

Lowe's signing brings to an end his year-long stint with Al Ittihad of the Egyptian Premier League after his contract was terminated by mutual consent recently. Amid reports that Lowe missed training often this season and tension with head coach Hossam Hassan, Lowe's management team said last Wednesday that the reports are false, and he is appreciative of his time with the club and the fans.

Lowe will be reuniting with Inter Miami Chief Soccer Officer Chris Henderson, who served as technical director of the Sounders during Lowe's time at the club. Henderson said that he will be an important piece in improving a defence that conceded 53 goals last season.

"Damion is a capable centre back who has proven himself at the international level for Jamaica, and we're happy to welcome him at Inter Miami," Henderson said on the club's website. "I've known Damion for a long time and I'm sure he'll welcome this challenge to break into MLS, while helping us achieve our objectives. We're looking forward to continuing to solidify our backline with this signing."