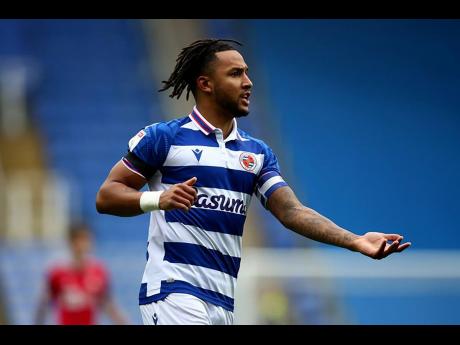 National defender Liam Moore's relationship with his English Football League Championship side Reading is at a low point with the club stripping him of the captaincy at the weekend.

The club confirmed that Moore, 28 was relieved of his duties as club captain after he had indicated to head coach Veljko Paunovic and the directors his intention to leave the club for future opportunities.

In a statement released on Saturday, the club said that although they were trying to honour Moore's request to leave the club, stripping Moore of the captain's armband was necessary as they were intent on having fully committed players ready to compete for the team.

"Our club, together with its manager, is intent on selecting players in the first-team squad who are dedicated to giving their absolute all to Reading Football Club," the club said. "That starts with our captain. As a result, Moore will no longer be given the honour of our club captaincy."

The statement mentioned the demands from all players representing the club despite their struggles this season which has seen them in 21st place with 22 points, three points above the relegation places.

"Although we have undeniably experienced a very difficult first half to our season, due in part to an unimaginable injury crisis which has most recently left us devoid of almost all our fit or available defensive options, we still demand loyalty, focus and committed performances from every individual who puts on a Reading shirt in front of our fans," the club said.

Moore was left dismayed by the decision, conveying his frustrations in an Instagram story post on Saturday.

"Incredibly shocked by the statement released tonight!!" Moore said with 18 emojis of a man facepalming.

Moore was named club captain ahead of the 2019-20 season and has made 17 appearances this season. His last was a 1-0 defeat to West Bromwich Albion on December 11. He has made nine appearances for Jamaica since his debut in March 2021.