Mullings eager to get back into ring 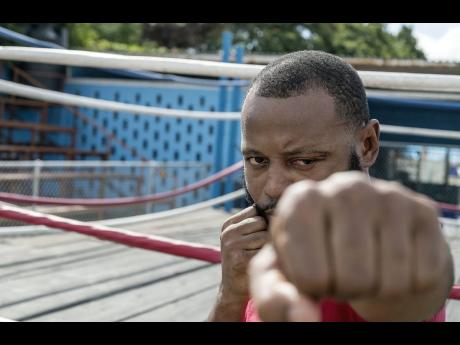 Sakima 'Mr Smooth' Mullings says while he is eager for his return to competitive boxing, he will not be overawed by the occasion.

Mullings, whose last fight was in 2018, was forced to put his career on hold because of a serious eye injury, and also because of the COVID-19 pandemic. However, he is set for a return to the ring against an opponent who has not yet been named, at the Montego Bay Sports Complex in St James on Saturday, October 8.

While inactive, some of his fans have used social media to not only show their support for him while he recovered from injury, but also to say that they are eager for his return.

While mindful of this, Mullings says though that he is not worried about any related pressure.

"I don't feel any undue pressure to please the public," Mullings told THE WEEKEND STAR. "Ultimately, I have to fight on my terms. So being an experienced fighter, I know that I can't force my opponent to make mistakes, or to create opportunities for myself. Experience has taught me as a fighter that I have to wait and I have to be patient, and whatever opportunities that my opponent creates, I have to be in a position to take advantage of it. I can't allow myself, trying to please the crowd to make a mistake."

But Mullings is mindful that there may be some amount of readjustment to be done because of being out of action for so long, or ring rust, as it is called in boxing.

"I wouldn't say I'm worried about ring rust, but it is a consideration," he said. "Ultimately, I believe that my greatest asset in boxing is timing. It's not necessarily speed, it's not necessarily power. The only way to have your timing on point is to do it (box), is to do it regularly, and it's to do it at a high level. I definitely think that I will experience some ring rust, but it's nothing that hard work won't overcome."

Mullings will be in one of the main event matches on the night, while Tsetsi 'Lights Out' Davis will feature in the other. Former North American Boxing Federation Junior Middleweight champion Kemahl 'Hitman' Russell, Richard 'Frog' Holmes, and Devon 'Concrete' Moncriffe will all feature on the undercard. These boxers all rose to prominence in the Wray and Nephew Contender Series which ran from 2011 to 2018. Mullings is the only two-time Contender champion, while Davis, Russell, and Moncriffe have all won the competition once. Holmes is, however, a three-time finalist.