School is covering up for sex-crazed teacher 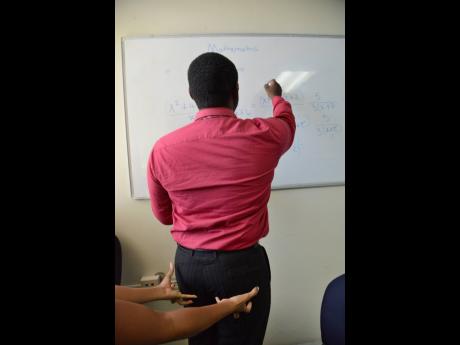 I urgently need your assistance in bringing attention to this matter. I have a family member who's currently living in the US.

She shares a child who's a US citizen with an individual who is a so-called 'teacher' and is currently on an exchange programme from Jamaica.

So she decided to do her own investigation by using his Facebook password to see what was happening.

She found messages which showed he was in a relationship with a student. Therefore, my relative decided to remove their child from his care.

She (my relative) still has the messages. She tried contacting officials in Jamaica about the sexual relationship but to no avail.

She did some more investigations on her own by calling the actual school he taught at and spoke to the vice-principal.

The vice-principal informed us that the student in question was at the age of consent when it was alleged that he was sexually involved with the student.

She further said the school had no knowledge of him taking part in the exchange programme, neither did the principal recommend him to go because he never carried out his duties as a teacher while at the school in Jamaica.

He was very lackadaisical and got written up for misconduct. Also, he has a very high file with the amount of misdemeanours he had while teaching at the school.

The vice-principal also said that the teacher told them he was going to the US for a foot surgery.

The principal said neither she nor the vice-principal recommended for him to enrol in this programme.

My family member then asked if the school would make the situation known to the officials in Jamaica and the US and she said no.

But my relative didn't give up; she went further to see if she could find any other teacher or student who attended the school while he was teaching there.

She did, through the help of other family members who knew someone from the school.

One student confirmed the relationship between him and this particular student, and a teacher also made it known that he was not only with one student, he was with multiple others. Plus, he was sexually involved with numerous teachers as well. He was also known to get into fights with other teachers and students.

It's obvious the principal and vice-principal knew what was going on because they kept stressing the student was of age and was no longer at the school.

My family member has beseeched the school to make his fraudulent, unprofessional and sexual misconducts known but they say they don't want to get involved.

What has our country come to? He has slept with half the school, both student and teachers, and falsified documents to get to go to this overseas programme so as to avoid getting caught.

I need your assistance in letting this be known to the nation. Justice needs to be served, and these unprofessional people who call themselves teachers should be dealt with for their actions.

Also the school officials who know about the actions of these teachers should be reprimanded as well.

You are going by hearsay. It is evident that you can't prove what you are talking about. You haven't given me the name of the teacher, or your cousin, or the name of the school.

You are accusing the teacher of having sexual relationships with many of the students and teachers. I have to be ethical. I cannot behave as if I am spreading propaganda.

If you believe that this man is so grossly immoral and he was indeed a teacher here, I humbly suggest that you write to the Ministry of Education and report him.

And please call names or keep quiet, and don't drag the good name of teachers to the ground.