Caught my woman having sex with Joe 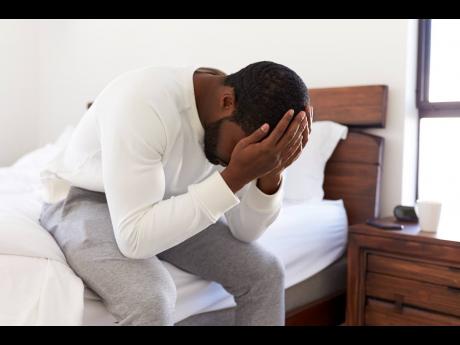 I am a 27-year-old man, and I am living with my girlfriend. I have known her for the past three years. I love her very much. She is older than I am.

I used to have another girlfriend, but I caught her in the act of cheating, so she could not deny what was happening. She was doing it right behind the house we rented.

The landlady was a Sabbath keeper, so she goes to bed early on Friday evenings. My girlfriend knew what time I was coming home. Religiously, I got home about 9:30 p.m. But that Friday, I was able to leave work early. I got to the gate, and I felt like something strange was going on because I heard my neighbour's dog barking. I walked around to the back only to see a man doing it with my girlfriend. She saw me first and tried to push him away, but it was too late. I saw everything.

My girlfriend's underwear was on the ground. When she saw me standing there, all she could say is how come I came home so early. The man quickly pulled up his pants and tried to pass me. I allowed him to go because I didn't want to alert the neighbours. This is the girl I used to give money to every week. I asked her how long that had been going on, and she said it was the first time she was taking a chance with this guy and I should forgive her. The guy had a long knife in his hand, and I am sure that he would have used it if I had continued to try to block him.

This is the second time a woman cheated on me. When I was living with my aunt, my babymother used to allow a man to come to the house while I was at work. My aunt told me that a man used to visit my babymother. When I asked her about it, she called my aunt a liar. But my aunt was speaking the truth because the guy gave her gonorrhoea, and she passed it on to me. I think I treat these girls too well. I did not have to give my child's mother money every week because she was working. But the one who was having sex with another guy at the back of the house used to demand money to do her hair and her nails. She is begging me to forgive her because she does not have anywhere to live since I asked her to leave.

I do not know what to do because I still love her, but every time I remember what I saw, it bothers me. Imagine seeing your woman getting 'jammed' by a man against a wall. It's not an easy sight. Please help me to make the right decision. I have been going to church these days. I don't know if I can find a good Christian girl there.

I don't know why you think that I should tell you what to do. Let's deal with your child's mother first. Both of you were living together at your aunt's house, and instead of showing respect to you and your aunt, she was entertaining a male visitor. When your aunt alerted you about what was happening, she called her a liar. Your aunt put you on guard, therefore you should have been much more careful in choosing another woman. But instead, you took a woman who did not have good character. Evidently, she didn't care who saw her. She did not take the risk and invite the man into the house. She thought it was safer to have sex with him behind the landlady's house.

I am glad that this man and you did not get into a fight. You probably wouldn't have been able to write this letter. You shouldn't ask me what you should do or whether you should go back to this girl. This relationship is dead. Even if you were to see a woman in the Church, make sure that both of you approach the pastor for guidance and counselling before you make any commitment to her.