Not sure if I have a future with this man 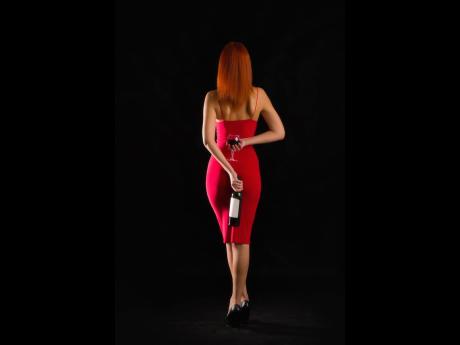 I am 24, and I am a church person who is in love with a gentleman who is 64. I was in a relationship for a year with a young man, but when I realised that he wasn't ready for marriage, I decided to discontinue our relationship.

A week or so after that, I met this man. He was driving a high-end vehicle and he stopped to ask for directions. He was very polite and we exchanged numbers. We talked on the phone and he asked me out. I was not very cooperative, mainly because I wanted time to heal from my ex and to reset my priorities. He was disappointed, and we didn't talk for a while. I admit I was wrong. Better communication would have prevented this. He later reached out to me and we talked. I had to conduct some business in his parish, and I asked him if he could take me there. He agreed, and offered to take me home.

He invited himself into my house and introduced himself to my parents. My father's response was, "Take good care of my daughter". This man asked if I could watch over his son one weekend. I agreed because I learnt a little more about him that day and I felt safe. At that time I was also unemployed. When I went to his house, he was very accommodating. He came on to me the first night and we had sex. Time passed and I developed feelings for this gentleman. I am a university graduate and I strive to improve myself. I met this man at a time when things were low for me. He often offered financial support to me and to some of my relatives, and I am grateful for that. We had a disagreement and one weekend when I went to visit him, I felt as if my presence was not needed, so I walked away. I did not know that he was experiencing some stressful moments. I really missed being around him and his son.

I decided after a month to reach out to him to express myself, but his response was not welcoming. I did not know that he was still going through a lot. He eventually reached out to me and we have been talking ever since. We have sex occasionally, and he helps me out financially. I have started to work and things are improving for me. We have not had a conversation about our relationship moving forward. He is still going through a lot, and sometimes he doesn't communicate like he used to. When this happens, I feel rejected, and I don't know how to help him. I also feel like I am only needed for sex, or that our relationship is transactional. I really respect this man. Whenever I try to talk about our future, his says that he doesn't want to talk about it.

I am a Christian. I am not into flings, and I don't want to waste my time with someone who is not sure about us. My downfall at times is that I don't communicate my desires to him. I am always thinking that my conversations will cause him stress, and that is not my desire.

I read your letter many times and it is very touching. I wish I didn't have to tell you that this man is a conniving and wicked man.

When you met him, you thought that he could be trusted. But you were wrong. Since he met you, his plan was only to go to bed with you. He saw you as a good girl, and indeed you are. But you are also naive. He also knew that you had financial needs, so he assisted in meeting them. But what kind of problems could this man have that he was afraid to share with you?

The man is 64. Was he ever married? Where is the mother of his son? I want to tell you to pray and ask God to get this man out of your system. It would be a big mistake for you to continue to try and reach out to this man. He has already failed you. Ask the good Lord to help you not to even think about him. Give God thanks that he didn't get you pregnant. I could say more, but I won't. I will be praying for you, and I will try to communicate with you again.