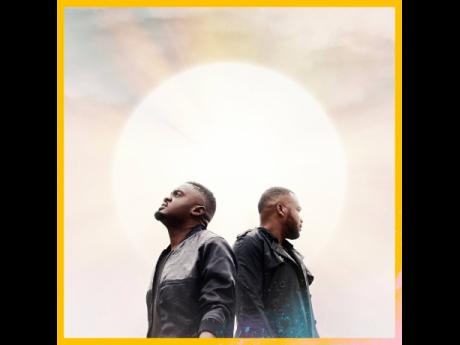 Hope in My Head is not only the title of an upcoming collaboration between Jermaine Edwards and Agent Sasco, but a critical message Edwards believes is needed in a time of gloom and uncertainty.

"Sometimes people have hope in a government or man ... but we actually have hope in God, and hoping in God is what gives us the strength to press on because we know that there is a higher being than ourselves to help us," Edwards told THE WEEKEND STAR. "There is so much darkness going on now in the music and uncertainty in terms of where the world is going with all the viruses and so much different uncertainty. But one really has to be optimistic in this time because that's the only way we can really wake up every single day just to operate. We have to just think positive and believe that God is by our side."

The singer, who produced the song and directed the visuals, both slated for release on Friday, was working on the song earlier this year when he thought of Sasco's 2018 Banks of the Hope single.

"I just sent it to him and said 'Bro, you know seh mi a do dah song here and the only person mi can hear pon it is really you' and I was correct. He was extremely busy but he said he loved it and so it was a no-brainer," said Edwards. He envisions the song transcending audiences like his classic Beautiful Day, something which coincides with his aim to not be boxed into a specific genre.

"I really just want to be relevant. That means not as 'gospel artiste Jermaine Edwards', but as a human. So you don't have to put me in a category to say he's a gospel artiste or inspirational artiste or whatever. I am necessary and that's what I really want it to be. I want anybody who listens to this song, whether you believe in God or not, for it to give you hope and hopefully that hope will lead you to God," he said.

Edwards will also be releasing another self-produced song on Friday, titled Nothing Can, which features his Island Worship Band. The single will also premiere with visuals. Edwards said he'll be dropping more simultaneous double projects.

"There's not a lot of gospel music in the space and I believe that people want more inspirational music, motivational music and clean, positive music. So I really don't think too much is too much," he said.