Family afraid to tell Merciless’ mother that he is gone 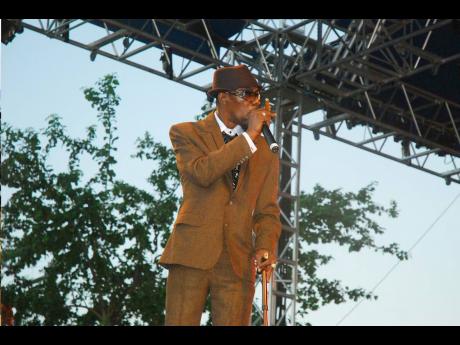 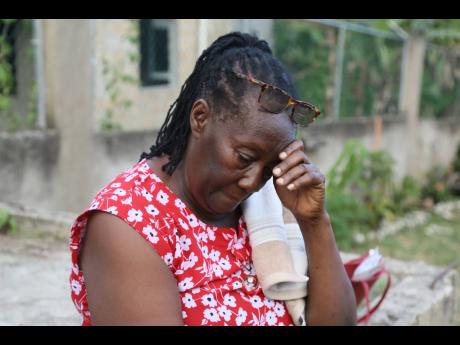 Claire Howell, Merciless’ sister, is in a sombre mood as she reflects on his life. 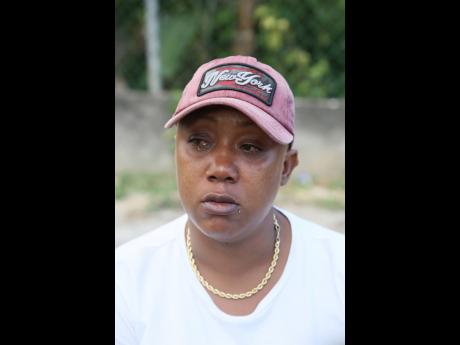 Sheryl Powell, who Merciless always called ‘British’, fights back tears as she talks about her uncle.
1
2
3

Days after 51-year-old Leonard 'Merciless' Bartley passed away, his relatives are still wondering how they will break the news to his mother Ruby Ettle Bartley.

It is no secret that the deejay had a tight bond with his mother, which carried over in songs he recorded in tribute to her such as Mama Cooking and Di Letter (to Mama). Sheryl Powell, Merciless' niece, said they can't tell her anything as yet as they fear she might not take it well.

"But people a call har church member dem and she has no idea. She nuh get no confirmation from nobody in the family. She just a ask wi wha happen cause she know sey something happen," Powell said. The last thing she said she told her is that Merciless is in the hospital. She, however, hung up after his mother asked about his condition.

Relatives say that looking back, they should have known that tragedy was close. Last Sunday, Merciless' mother called to say she dreamt that she was talking to her late father and he was telling her that they broke her prettiest glass, a black one, in the house. His sister, Claire Howell, said recently, she also had a dream of a big crowd standing in the yard of her house.

"I wake up saying to my son, I don't know what is about to happen," she shared with THE WEEKEND STAR. But the most telling sign for the family was, two weeks before his death, Merciless, who undoubtedly loved food, lost his appetite.

"In the last days I realised that something was wrong. Even though he loved food, he was not eating a lot of it. He complained of stomach problems," Howell reflected. Powell, who her uncle fondly called British, said he was a man who lived for his food. Thought he stayed in Kingston on weekdays due to work, he came home on weekends as he wanted his Sunday dinner. The last time he came home for Sunday dinner was two Sundays ago and he stopped at the May Pen Market and purchased goat meat.

"Mi cook and by mi done, him wake up and sey 'British just gi mi di Irish wid gravy and mi a guh travel wid mi food go back a Kingston'," she recalled. In the midst of their heartache and tears, the family reminisced on how much Merciless loved his family, especially his nieces and grandnieces.

"If him up hours a night a watch TV, he is going to call you to talk. If he thinks of a joke or anything he is going to call any hour of the morning," Powell noted adding that if he didn't get one person he would keep calling until someone answered with the question 'You don't want talk to me?'

And even as the entertainment industry mourns, relatives wonder how they will pick up the pieces. Howell said she didn't think she could go to work today while Powell said the memories are numerous and she is still trying to figure out what to do next.