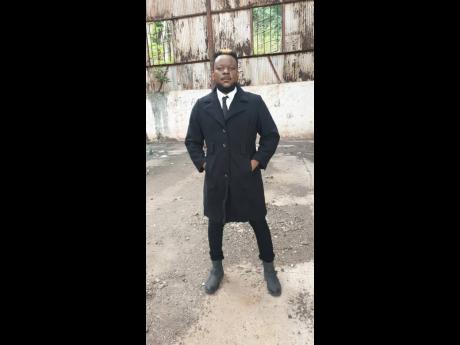 The image of his mother, Clarice Lawrence, falling in his arms after suffering a seizure is something that is stuck on replay in Ganggoolie's mind.

Lawrence, 75, passed away on June 20 at the Spanish Town Hospital in St Catherine.

"Mi love mi mother straight to mi heart," the dancehall artiste told THE WEEKEND STAR. "Mi mash mi up, a couple weeks well mi nuh post. Mi did lock off. A my hand she drop out inna. Mi did a help her pon the bed and she just catch a seizure same time."

He shared that Lawrence had stopped eating days prior so he took her to a private doctor who prescribed some medication. Lawrence regained her appetite on the 18th, which was a Saturday, and called her son to take her to bed.

"By time she fi siddung pon the bed, mi only see she give way, drop back and her eyes start roll over. Her face features a change same time, she stop breathe and everything. Quick thinking, mi start CPR, pump her stomach and a shout out to her 'Momma, don't go'. When mi start up her stomach, she kick in back and start ketch her breath," he said.

Ganggoolie took her to the hospital where she was given oxygen and stayed for monitoring overnight. By Sunday, he was told that doctors would be admitting her, but wasn't alarmed as he said she looked better. But the following day, he received the news of her passing.

"Mi talk to her about an hour before mi move," he said. "When mi reach in, mi mash up. A four hours mi bawl fah. It come een like mi blood pressure out fi buss, mi eye dem red like blood. I had to call my private doctor and get medication fi calm down my system. Mi nuh know how mi deh yah a survive same way. From I know myself, I never bawl."

He is now preparing for her funeral service at Perry's Funeral Home chapel on July 29. Having also lost his father years ago, Ganggoolie had a message for youth about caring for their parents.

"Mi take care of my parents financially and physically and mi nah talk bout nuh mouth-talk thing, so, mi want the youths outta road fi know when yuh pass the worst, try take care of your parents cause once a man, twice a child. The same weh happen to them will happen to we if we live so long, and what goes around comes around. Remember we parents never run lef we, so, we nuffi run lef them," he said.