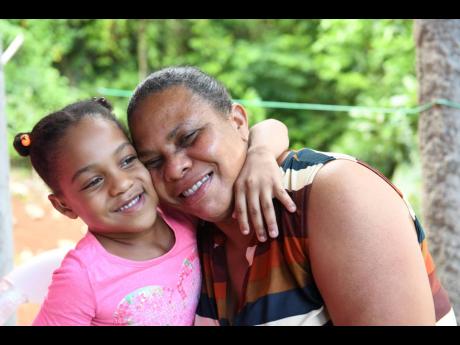 Jaydi-Ann Chambers and her mother, Tara Chambers, at their home in Ginger Hill, St Elizabeth. 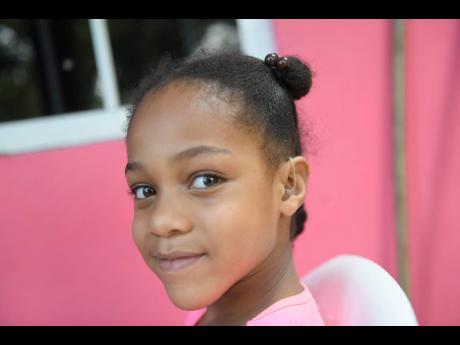 Jaydi-Ann has most of her hearing restored and has started speech therapy. 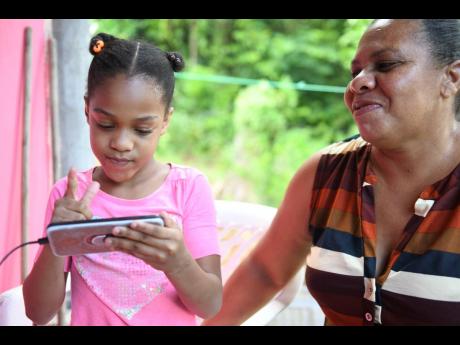 Tara has expressed gratitude to the people who played a part in their story.
1
2
3

Nearly a year after receiving the ultimate Christmas gift of hearing aids for Jaydi-Ann Chambers, her six-year-old daughter who was diagnosed as being deaf by doctors last year, Tara Chambers is still revelling in the appreciation she feels for the people who have stepped in to help her daughter.

Last year, after Jaydi-Ann received her diagnosis, her mother was facing a $350,000 bill for the hearing aids. After her story was published in THE STAR, Tara was blessed by Canopy Insurance Limited, which decided to purchase the hearing aids for Jaydi-Ann.

"About two to three days after the article was published, I was contacted by Canopy Insurance Limited and they were willing to purchase the hearing aid in full for her. I was excited and happy and so grateful for the assistance and to the writer of the story."

When THE STAR visited the family, the team were greeted by a cheerful Jaydi-Ann, who was quick to socialise and wanted to show off her hearing aids.

Tara has expressed gratitude to the people who played a part in their story, including not only the company that financed the endeavour, but also Akera Davis, the writer of the article that brought Jaydi-Ann's story to national attention.

"I tell Akera a very big thank you, and I tell her all the time because I keep in contact with her. I'm just very grateful, I'm a very grateful person. "

Along with the purchase of hearing aids, Tara says strangers have been reaching out to her to check up on Jaydi-Ann, and have even gifted her money and other things for her daughter.

"I received thousands of calls, so I'm always grateful. And I know that there are good people out there same way, who are willing to help people in need. It's a wide thank you from me and Jay to everyone across Jamaica and the wider world who get involved, even with a phone call. I don't want to say anyone's name, but I even get a call from a lady in America, she's in Delaware. I'm an honest person, so I said to her, there's a company that's gonna buy the hearing aid already. She said, 'Come on, Tara, take this money. I'm gonna send you this money. Buy Jay a doll and send me a picture.' And she will call now and again to ask me how Jaydi-Ann is getting on."

While Tara's appreciation is palpable, Jaydi-Ann is not yet out of the woods. Jaydi-Ann has most of her hearing restored and has started speech therapy, which is quite costly.

"The next step is her speech therapy. She have to do speech therapy, which, to be honest, I had to stop because of financial problems. I bring her a couple of times, but it is very expensive. It's $8,000 t0 $12,000 for a half-hour session and they need her two to three times per week. I couldn't continue with that."

Along with this expense, Tara has to replace the very expensive batteries for Jaydi-Ann's hearing aids once a week.

"Every Monday I have to be changing them, but I'm trying. I buy the batteries how I can purchase them, but I had to discontinue the speech therapy and try my best to do it by myself with her."

According to Tara, these special batteries are only sold at one location on the island, forcing Tara to make the arduous journey to Kingston from Ginger Hill, St Elizabeth, regularly. Tara says one round trip costs her about $3,800 for herself and her daughter to travel.

"You see, with financial difficulties, you can't make that be a burden to you right through, because you will be stressful right through. There must be somebody that has some difficulties sometime. But just hearing Jay say 'Mommy, thank you', those simple little words; I'm happy, I'm grateful."