Single mother longs for a job 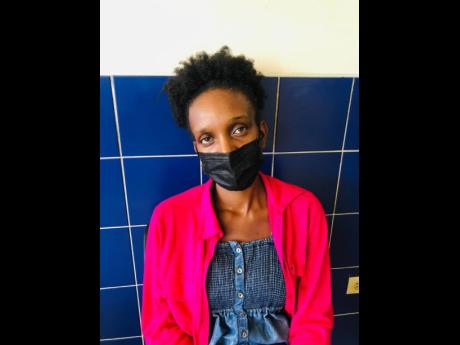 Ladonna Rowe is pleading with Jamaicans to save her from homelessness this Christmas.

Rowe, a 40-year-old single mother, says she has been without work since the pandemic hit Jamaica in 2020 and has fallen on hard times.

"It's been four months since the rent hasn't been paid," she said, adding that her landlady is getting impatient. I don't want to be there and can't pay the rent. I'm not working, I haven't worked since the start of COVID."

Rowe told THE WEEKEND STAR that she has tried finding work, but that has been difficult as she has no subjects.

"I've always had business plans in my head. The first thing I tried was making baskets. I tried selling gift baskets online, then I tried a fish fry and a cake sale but those did not work out, and then I tried being a virtual assistant because that's the training that I have. I really don't know what else to do or where else to go," she said.

Rowe, who lives in a one-bedroom house off Windward Road in Kingston with her five-year-old son, says her stress increases with each passing day. Making her situation even more dire, Rowe says she has been noticing changes in her son, which could possibly mean mental health problems. Rowe first noticed changes in her son's behaviour in October when he became more argumentative and refused to listen to her.

"I don't even know how to explain what is going on with him. Since he started going to face-to-face [schooling] in about October, he basically don't listen to anything that I say. I had two children before and I know that every child is different but what I recognise with him, he is just all over the place. He is not settled. My other two children were more settled. He just wants to do what he wants to do. He is very rebellious; he screams he cries but I know my son and that is not like him," she said.

Rowe says she is hoping she can get some help so she can create a better home for her son, in hopes that will spark some change in his behaviour.

"If anybody can help me please. Whether it's cash or kind, even a job. I don't have any subjects but I'm willing to work, willing to learn. I don't want to be homeless for the Christmas," she said.