Tears and laughter as 8-year-old remembered 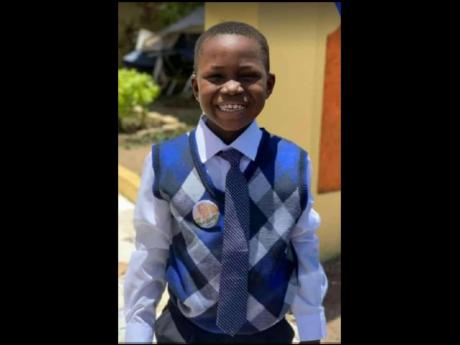 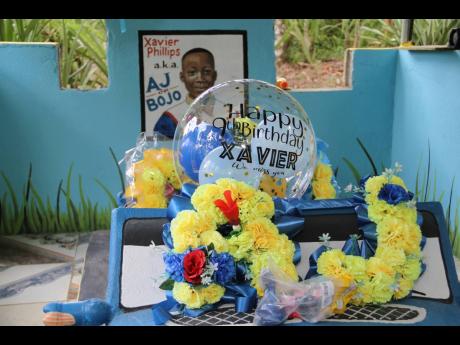 The grave of Xavier ‘AJ’ Phillips, in Red Hills, Clarendon. Xavier was killed while watching a game of football in Howells Content, York Town, on August 8, 2021. 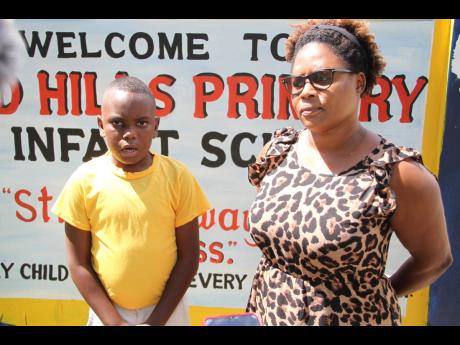 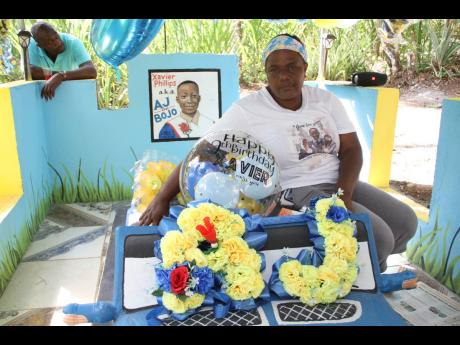 It was a mixture of tears and laughter on Saturday as family members of Xavier Phillips, more popularly called AJ, gathered at his graveside in Red Hills, Clarendon, to celebrate what would have been his ninth birthday.

Xavier was shot and killed in the Howells Content area of York Town in Clarendon as he sat on a grave watching a game of football on Sunday, April 8 last year.

AJ's grave is built like a convertible motor car in a carport. Henry said it was AJ's dream to own a high-end car as well as a Toyota Voxy, which he planned to use as a taxi.

In addition to family members, neighbours and friends on Saturday gathered at the graveside, playing music, chatting and sharing fond memories of the child whose life was cut short way too soon.

Grandmother Joan Brown and her partner, George Henry, who were responsible for AJ's care, said that they still struggle to accept his death. Henry, who is employed in the overseas farm work programme, said sometimes he thinks about AJ as having gone on the farm work programme and that he would soon return.

Brown said that Saturday's visit to AJ's grave was fulfilling a wish he had on his eighth birthday.

"AJ planned his birthday before. He said 'Grandma, I want a big birthday party and invite all my friends, and have a real big party this time'," she recalled.

Henry said AJ told him that he wanted "a big bashment birthday". He said that the young boy told him, "Only ting mi don't waaan you do is come and drink and drunk".

AJ's father, Mickhail Phillips, was overseas at the time of his death. He said that he received the shocking news just as he left a church service. He told THE STAR that he has sought to drown himself in work as a way of dealing with the painful loss.

"Basically, for me, I don't rest. Everyday mi work -- seven days a week. The moment I try to rest and sit down a just him mi mind deh pon, so mi just work," the elder Phillips said.

Xavier's former teacher at Red Hills Primary and Infant School, Tracy-Ann Francis, said she has fond memories of young AJ, whom she taught in 2018. She said that he was a "big man stuck in a little boy's body". Highlighting two incidents in her classroom, she said she was practising the sound of the letter 'S' and was caught off-guard when Xavier said, "Miss, that sound like when man a call to woman!"

The other came when students spoke about what they wanted to do in the future.

"A little girl in the class said, 'I want to get married to Xavier', who responded, 'Mi? Mi nuh waah no lazy woman'," the teacher recalled.

AJ's best friend, nine-year-old Adjani Reid, expressed sadness of not having his friend around to celebrate his birthday. He said that AJ was never boastful, adding that they would often race each other, and "even if I lost the race, he always showed me that I am a winner".