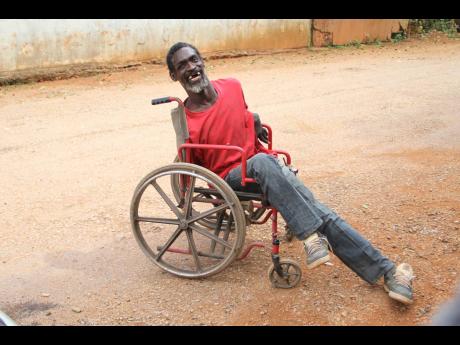 Despite his physical limitations, Devon Reid is always flashing a smile in the Richmond Park community in Mocho, Clarendon. 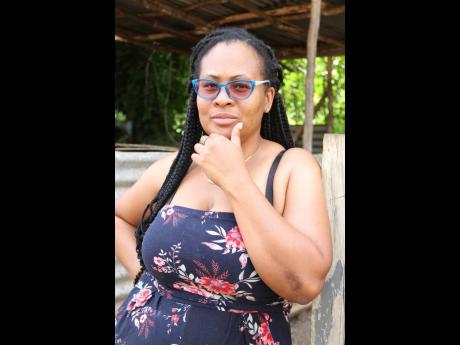 Mourisa McLaughlin says that even though residents assist Reid when they can, he needs more. 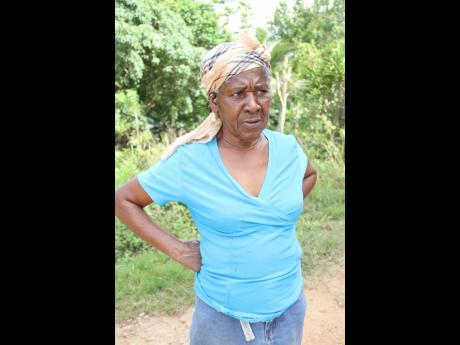 Erna Dyer is appealing to anyone who may be able to provide Reid with a fully functioning wheelchair. 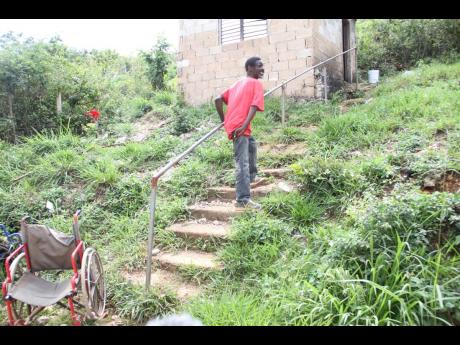 Forty-four-year-old Devon Reid flashes a warm smile as he shows the news team how, despite limited mobility, he can move about in his wheelchair that has long seen better days.

Reid makes his way around the Richmond Park community in Mocho, Clarendon, by using his feet to manoeuvre his way around in the chair, proudly showing off what dexterity he has. It is this kind of simple joy that spurs residents to rally around him. They say that Reid has been physically challenged since he was a child.

Shop owner Mourisa McLaughlin, who often ensures that he gets a meal, or acts as a point of contact in receiving donations for Reid, said that he can walk, but it is so strenuous that it is better for him to use the wheelchair.

"In the community you have good and you have bad, so sometimes persons in the community would help him. And you have this pastor man, every weekend he would bring stuff for him and give me them, 'cause if he leaves them at the house, they would go there and steal them from him," she said.

McLaughlin also shared that the single room in which Reid lives has no running water, despite its proximity to the community tank. Reid also has no bathroom facilities. She said he will even wear one suit of clothes for an entire week. While expressing appreciation that persons will ensure Reid is fed, she lamented that no one volunteers to assist in bathing and changing him.

Reid, who has difficulty speaking, did manage to tell the news team that he oversaw the construction of the room himself.

McLaughlin confirmed this, adding that when he was younger, Reid used to work as a watchman for Jamalco. From his earnings, he bought materials and paid workers to build the room.

Reid said he has been on his own for 32 years, as his mother left him when he was 12 and never returned.

"Mi madda head nuh suh righted. One lady tek him carry go a town, sey him a gi him bun and him carry go a town go lost him," Reid struggled to tell THE STAR. McLaughlin said residents can only do so much as they, too, have their own struggles.

"He needs a wheelchair. Personally, I think he needs running water as well as a good mattress. His room looks awful," she shared.

At the request to view his room, Reid got upset and threw a tantrum, tears coming to his eyes as he vigorously shook his head, indicating that he didn't want anyone to enter. The closest the photographer was allowed was at the gate.

One of Reid's neighbours, Erna Dyer, said she consistently gives him food and assists with water, but called for someone to help look after Reid's hygiene.

"Mi have children and mi nuh know whe can happen. So mi help. Sometimes mi myself no hearty neither, and mi down," she said.