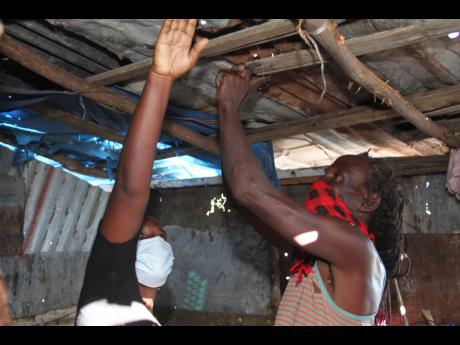 In this 2021 photo, Natoya Anderson and her spouse Jerald Dunkley point to the many holes in the roof of their kitchen. 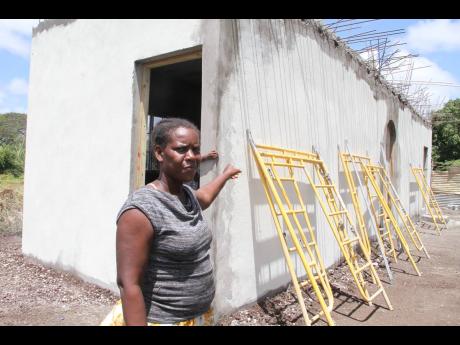 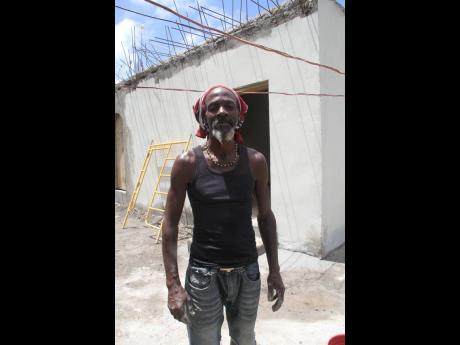 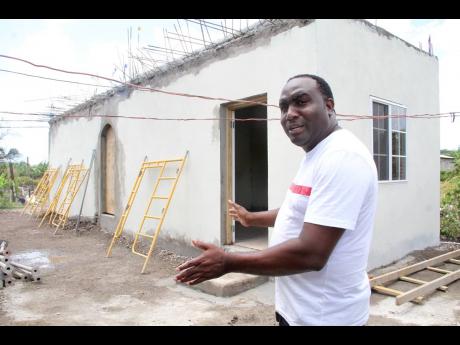 Leon McNeil, who brought the family’s plight to the public’s attention, said he hopes they can move in for Easter.
1
2
3
4

Last April, Jerald Dunkley and Natoya Anderson of Settlement in Lionel Town, Clarendon, were featured in THE STAR highlighting the deplorable conditions under which they were living.

One year later and their fortunes have changed, as they are now anticipating that by Easter, they will be sleeping in the two-bedroom house that has been built for them.

An overjoyed Anderson, 40, could hardly contain herself as she shared her joy. She wished that all the finishing touches were complete, so that she can "go and lie down inside".

Media practitioner Leon McNeil first highlighted the couple's plight on his community programme and launched a social media campaign for them to get assistance. Along with exposure from THE STAR article, there has been an outpouring of assistance for the couple and their six children, whose ages range from seven to 18. McNeil said the response to the feature was overwhelming, seeing that the house is now 80 per cent complete.

"It's just doors to be painted, some little minor things, and hopefully by Easter they should be able to move in," he said. He also thanked Food For The Poor for donating beds and other necessities for the family. McNeil said he is hoping the family can get a proper home as he has some leftover material which he hopes to utilise to begin the construction of a living room, kitchen and verandah.

"We are hoping more persons will come on board, so that they can have a nice home and some privacy. The girls could be in one room, and part of the living room could accommodate a room for the boys," he shared. Dunkley, who took time out from tiling an outside toilet, told THE STAR that he "liked the programme that's going on" as he thanked some of the stakeholders who came on board to make it a reality.

"I feel so wonderful that I can have a roof like this over my head, I thank all of them," he said. Among the contributing agencies are the Social Development Commission, HEART/NSTA Trust, which used the occasion to certify the workers on the spot, and the Clarendon Municipal Corporation. STAR readers also gave support, financial and otherwise.