Clarendon woman fears home will be washed away 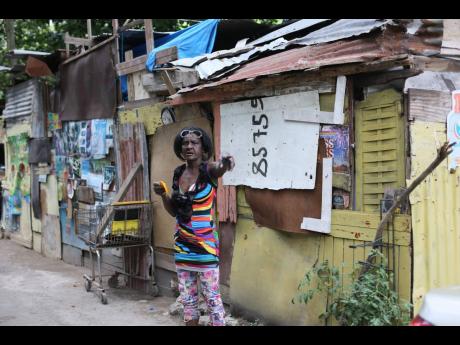 Monica Barnes lives on the banks of the river in Frankfield, Clarendon. 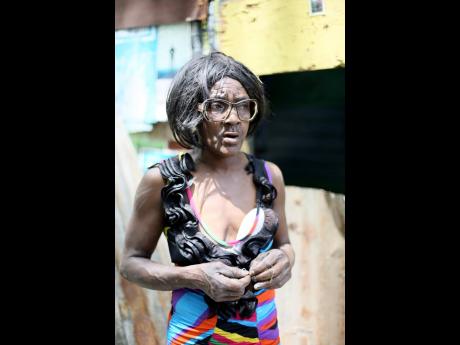 Having recently lost her toilet to floodwaters caused by heavy rain, Monica Barnes, 55, fears that another heavy shower might see her entire house being washed into the river.

Barnes lives in a rundown shack on the riverbank in Waterworks, Frankfield, Clarendon. A walk through her 'house' shows a bed propped upon blocks and bare essentials. She said that the foundation of the shack is also eroding.

Barnes doesn't make much as a part-time street sweeper with the National Solid Waste Management Authority (NSWMA). On her off days, she makes herself available for any 'hustling' jobs she can find. A mother of 10 children, eight boys and two girls, she said they are unable to assist her as they, too, need help.

"I wouldn't mind if a could get the house on a land dat a can live there and have mi toilet and suh."

Barnes, who shared that she got the material from someone who was pulling down a structure, said she wanted to erect it on a relative's land, but she couldn't find them to ask permission.

"Is after a build dis mi see har and she say mi did free. So, if I get a Food For The Poor house, a woulda mek dem put it there," she said. With no toilet facilities, Barnes is forced to stay close to the streets where she at least has access to public bathroom facilities.

Barnes, who sweeps the streets for four months of the year, said she has been working with the NSWMA for over 10 years. She said that she can also 'weed the ground' and wash. She would love to get a job in a hospital to mop the floors.

"I need a likkle work, mi a suffer. All inna mi bed some sitten a bite mi up a night time cause in deh crowdy and dark. I just need a house, a job and a toilet," she pleaded.

When THE STAR reached out to councillor for the Frankfield division in the Clarendon Municipal Corporation, Clive Mundle, he said that no one brought Barnes' situation to his attention.

"Unless someone lets me know what is going on, I can't tell," he said, promising that he will be seeking to find Barnes on his next visit to the area.