Amputee longing for a decent house to live in 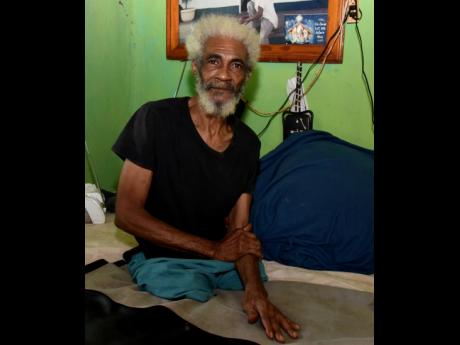 Alves Bromfield said that despite not having his legs, his only concern is having a more stable dwelling in which to live. 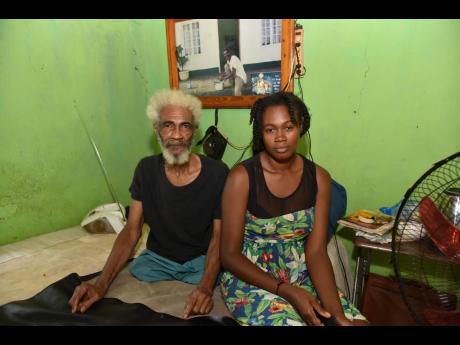 Bromfield and his daughter Sherina, who is his primary caregiver. 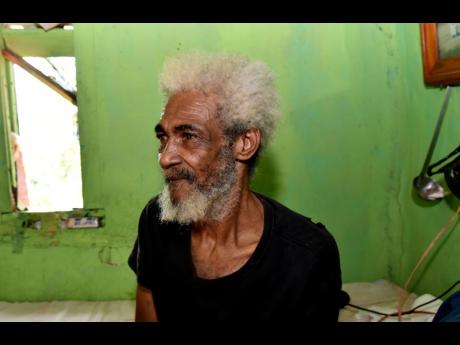 Alves Bromfield said that he lost both legs due to poor circulation.
1
2
3

The only thing double amputee Alves Bromfield of Ridge in Junction, St Elizabeth needs to be happy is "a decent house".

Living in a cramped room that is falling apart, he dreads the rain as he shared that the last time it rained, the house was inundated and "all di foundation a drop down".

"A me kinda back it up," he said. Bromfield, now almost 70, used to engage in farming, specifically rearing goats and pigs. But now he said all he has are common fowls.

Living at his current location for the past 10 years, he said life got more difficult for him in 2017 when he had problems with his legs.

"All pon sudden mi start get one pain and it gwaan and gwaan until a little pimple come up pon the foot top and it wouldn't get better. It just start swell the foot until mi end up a hospital and dem sey is bad circulation and it get far so dem haffi cut it off," he related.

Six months after his foot healed, Bromfield said he started suffering issues with his remaining leg. Another visit to the hospital confirmed the same circulation problem. He ended up having to amputate his other leg. Not one to complain too much, Bromfield said life has been relatively good.

"But my main challenge is just somewhere fi live comfortable because somebody will help mi out with something fi eat and drink but a shelter mi want," he said. His daughter Sherina admitted that it can be stressful taking care of him.

"When him just lose him leg it did more stressful because mi haffi change him and bathe him and so, but now him kinda can help himself," she said.

Sherina said she has five other siblings who "give a little food" when they can and will drop by occasionally, but the reality is that they don't have much either. But Bromfield stressed that while he doesn't mind receiving assistance, his main priority is getting a house.

Medical doctor, Professor Denise Eldemire-Shearer, said Bromfield has a number of options open to him including reaching out to the National Council for Senior Citizens, poor relief or service clubs. With close to 400,000 seniors currently in the island, she said that there is a lesson to future generations to prepare for old age.

"We cannot expect that country can take care of everybody especially when you have been through your working life and have not been making preparations," she stated adding that proper care must be taken of oneself to ensure they don't end up in these situations.

"So the approach to ageing has to be multi, you can't depend on anybody to take care of you. You have to start taking care of yourself in earlier years, so that you are not in such grave need," she advised.